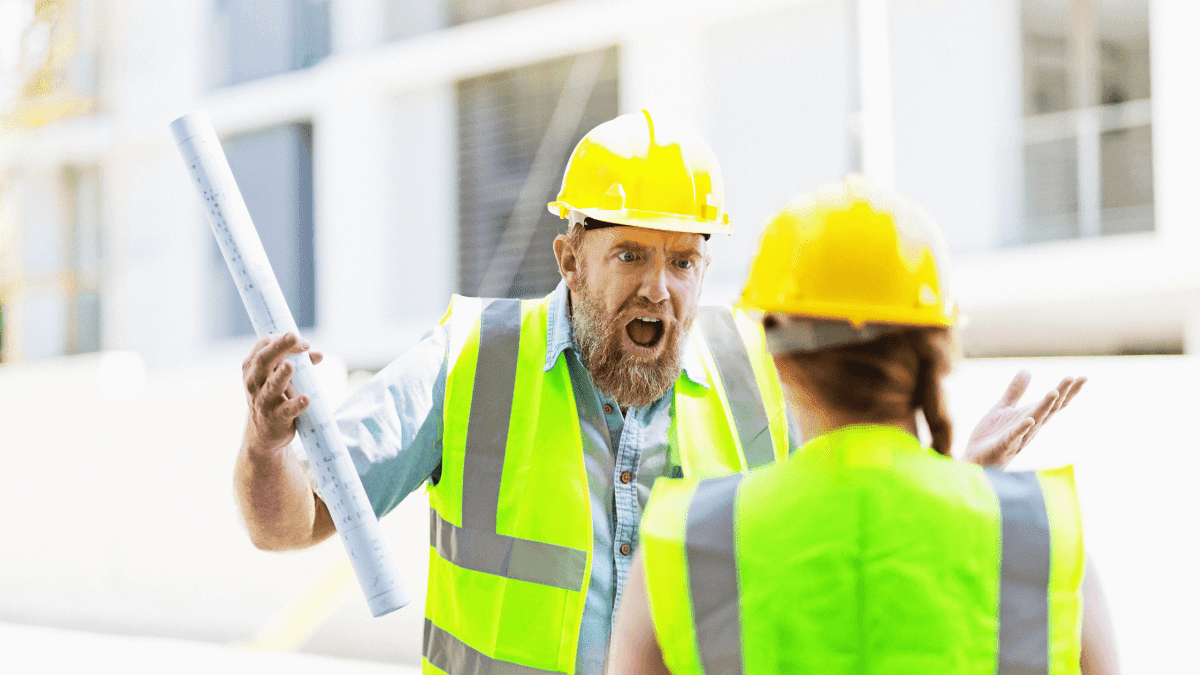 5 Tips for Resolving Conflicts on the Construction Site

Conflicts at the construction site are no news to anyone in the business.

After all, it’s a workplace like any other, with many people working on the same project. Despite their shared goal, differences in opinions may arise.

What do you do in such a situation?

The correct answer is “act immediately.” If you don’t, you’re already starting on the wrong foot.

Reacting as soon as you hear about a conflict is the first step, of course. However, you may be unclear on how to respond appropriately.

After all, your field of expertise is construction, not communication and conflict resolution. But, there’s no need to worry—we’ve got you covered.

If you’re interested in our five tips for resolving worksite disputes, keep reading!

Get To the Root of the Dispute

When you find out about an argument arising between two or more of your workers, your main priority should be to get to the bottom of the issue.

Without understanding what caused the problem in the first place, whatever solution you offer may come across as unfair and biased, which will drive an even bigger wedge between the employees.

The thing is, conflict at the worksite costs you, so you should strive to handle it as soon as you hear about it.

Julie L. Brockman analyzed 41 incidents of construction worker conflict and came to some interesting conclusions, one of which was that the average cost of such a dispute was $10,948.

The minimum cost was $25, while the highest was an astonishing $367,000. Have you got that much money to spare?

Brockman makes the point that a dispute can have more profound consequences than you think, affecting your bottom line if it stays unresolved.

Clearly, it’s in your best interest to immediately get to the bottom of the issue by inviting both parties to have a level-headed conversation in your presence.

That’s when you can determine what happened first and where the problem arose.

Most commonly, worksite issues stem from the lack of communication about the job at hand. Brockman states that the trigger for most of these incidents lies in the work process rather than the workers themselves.

Among these common triggers, she lists:

All these causes are directly related to your company and the work conditions you’re offering your team.

The initial cause of the conflict stemmed from your poor management. It is the company’s responsibility to be clear about procedures, ensure a safe working environment, and work on efficient equipment scheduling.

Other times, the conflict is of a personal nature, which is where you need to remind employees not to bring personal grievances into the workplace.

Either way, it’s your responsibility to figure out what caused the dispute and whether it is something that is under your control.

Stay Objective While Handling the Issue

If you’re taking on the role of the neutral third party to help resolve a conflict, check your emotions and biases at the door.

In other words, only look at the facts, forgetting any external factors, such as how long you’ve known the workers, what their position is, and how experienced they are.

None of these are relevant in determining who’s right.

A supervisor can be wrong just as much as a temporary employee.

For example, an anonymous homeowner left a question online, detailing the incompetence of the construction supervisor working on their home.

The homeowner alleges that the supervisor didn’t do his job well, made incorrect decisions, and charged extra for every minor tweak. The next step the homeowner decided to take was to contact the manager.

If they really did as they said they would, and the manager confronted the supervisor as a result, it was likely clear to everyone that the supervisor’s behavior was the cause of the problem.

Of course, supervisors are often well within their right to warn workers of potential dangers, resulting in conflict.

Brockman gives an example of a supervisor who workers who were on a scissor lift without a safety harness, a major OSHA violation and a safety hazard, and got into an altercation with one of the workers.

In this case, the supervisor was in the right, but sometimes things won’t be as clear-cut.

As we’ve said, your goal is to be as impartial as possible when listening to both parties.

Instead, listen to the facts and simply focus on the issues raised by each person. That way, you’ll be able to resolve the dispute without deepening the problem.

Finally, you’re not the only one who needs to remain neutral—so do the workers involved. They shouldn’t bring personal matters into the discussion. Instead, they should keep it professional.

Make Sure Everyone Keeps a Common Goal in Mind

As the employer, your role is to keep the construction project going, so it’s your responsibility to help resolve any issues that arise.

While you’re helping workers resolve the issue, don’t let the primary goal slip your mind, and make sure that your workers don’t forget it, either.

Moreover, emphasize how important it is that the workers understand the general rules they must follow at the worksite.

An understanding of the rules helps eliminate conflict, so it’s good to ensure that everyone is informed.

For example, let’s say a supervisor and a worker argue about the proper PPE for scaffolding work. The supervisor orders the worker to wear a safety hat since he broke safety standards. The worker refuses, which starts the argument.

Everyone involved wants the same thing, which is for the worker to finish the tasks promptly and keep the project on track.

When they look at their dispute through the lens of the shared goal, employees will understand where it went wrong and how their actions affect the completion of the goal.

This should be done before things escalate, since the chances of solving the issue are much higher when tensions are still relatively low.

In the hypothetical situation we’ve described above, the supervisor should separate the cause from the person and investigate why the worker doesn’t want to wear a helmet.

The worker might explain that he is Sikh and that his religion prohibits him from taking off his turban to put a helmet on.

Since OSHA’s safety regulations state that Sikhs who wear a turban for religious reasons are exempt from wearing a safety helmet, this simple bid for information would help de-escalate the issue.

Keep in mind that your workers are construction workers, not experts in conflict resolution. If that is a skill you need them to have, you should provide the necessary training.

In her paper, Julie Brockman suggests bringing awareness to disputes in the workplace, teaching workers how to recognize potential triggering situations, but also helping them separate the person from the issue.

Get All Sides Involved in Resolving the Dispute

When dealing with a construction site argument, ensure that the resolution process involves all affected parties.

For example, if your supervisor and a worker get into an altercation, it’s not enough to just talk to the supervisor and call it a day. That way, the worker won’t understand what kind of agreement you’ve reached with the supervisor, or how it affects them.

Not giving someone closure can lead to them harboring negative feelings about you, the other party, and the company as a whole.

Brockman found that conversation and separation were the most commonly used and effective resolution techniques for construction disputes.

More precisely, the person in charge made the involved parties talk about the argument in order to hash things out and understand why the other party reacted the way they did.

If that was impossible due to a possible escalation, the company ensured that a third, neutral party was present to observe and moderate the conversation. This option might be the best if the issue seems more severe than a simple scuffle.

The final step, which is not always necessary, is separating the involved parties for the duration of the project.

If two people have exchanged words or actions that make it difficult for them to work together in peace, it might be best if you separate them.

For example, if they used to be partners, you can partner them up with someone else, so they no longer have to work closely together.

Accept That Conflicts Will Happen

You can always expect conflicts at the construction site, but that doesn’t mean you shouldn’t strive to prevent them when possible.

Since there are so many different personalities and roles at the worksite, it’s only normal that certain people won’t see eye to eye on things. However, that isn’t necessarily a bad thing.

One of the project managers Brockman talked to for her research saw conflicts as beneficial, a sign that the workers are truly communicating.

“We always want this perfect world where everybody communicates and, you know, it’s all fluffy and warm and fuzzy and complimentary, but I don’t want to work with fake people who tell me that something looks fine, [when I know it’s not]”.

This approach helps you avoid making a mountain out of a molehill.

After all, it’s better for your team to express their dissatisfaction, rather than start resenting their job and quitting without you even being aware of the underlying problem.

Since conflicts are inevitable, it’s important to tackle the root issues behind them.

Some of the most common construction issues are the lack of communication, poor scheduling, and insufficient documentation.

If workers can’t schedule equipment on time, lack insight into necessary data, and struggle with communicating work-related problems to the rest of the team, their productivity and their professional satisfaction will suffer.

Luckily, you can solve all the aforementioned problems with equipment tracking software that lets you attach all relevant asset documentation and schedule equipment on time.

With a solution like GoCodes, workers can check equipment in and out seamlessly, avoiding problems with tool availability at the worksite.

A simple click or two in the app will show them how to properly use, maintain, and schedule equipment, eliminating the tensions that might otherwise lead to open disagreements.

Since construction site arguments are inescapable, the best way to deal with them is to eliminate the most common causes of conflict.

When an incident arises, there are several steps you can take to figure out the root of the issue and prevent the problem from escalating.

First, it’s important to stay impartial when gathering the facts. No one should feel like their take on the matter is being dismissed because of their position.

Next, make sure the conversation doesn’t get derailed by personal matters. Insist that all parties keep the discussion work-related.

Finally, make sure that each side is heard and taken into account. That way, everyone involved will be motivated to contribute to finding a solution.

By taking these steps, you’ll be able to get to the heart of the matter and get a better idea of how to handle it.

Lack of communication and access to data, as well as unreliable equipment scheduling, are the most common reasons for conflict in the worksite. Luckily, good asset tracking and scheduling software can go far in eliminating those issues.

If you rely on software to schedule use, share information, and offer a communication pathway, you’ll decrease the number of conflicts on the construction site. 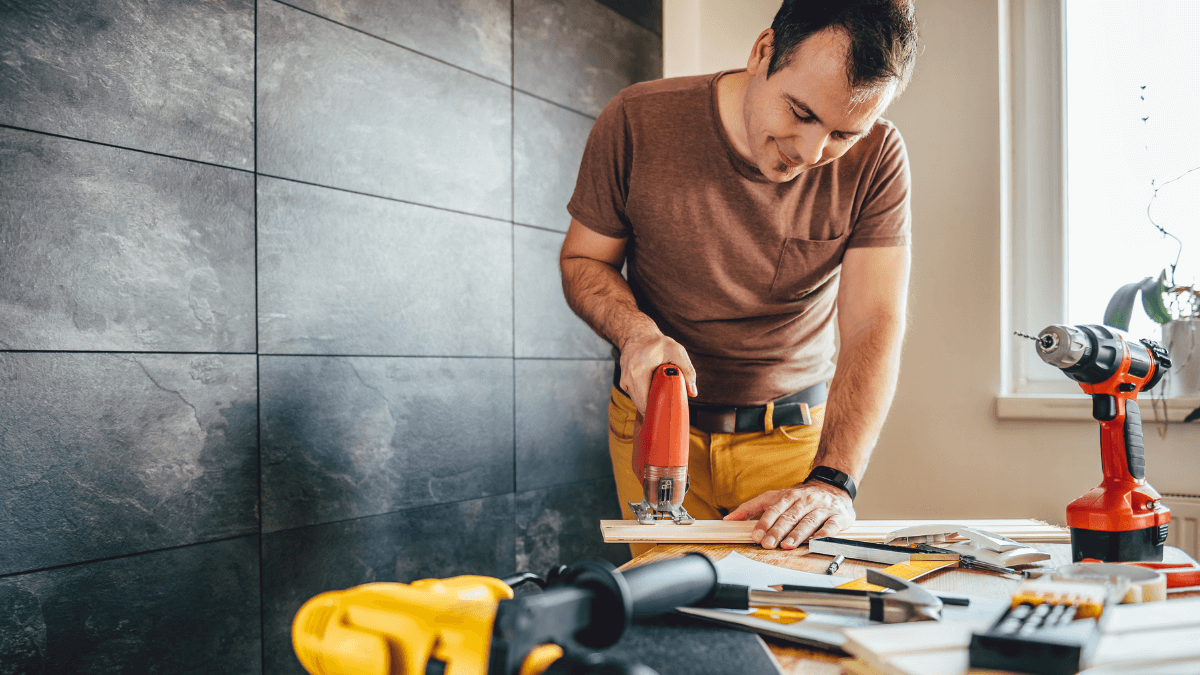 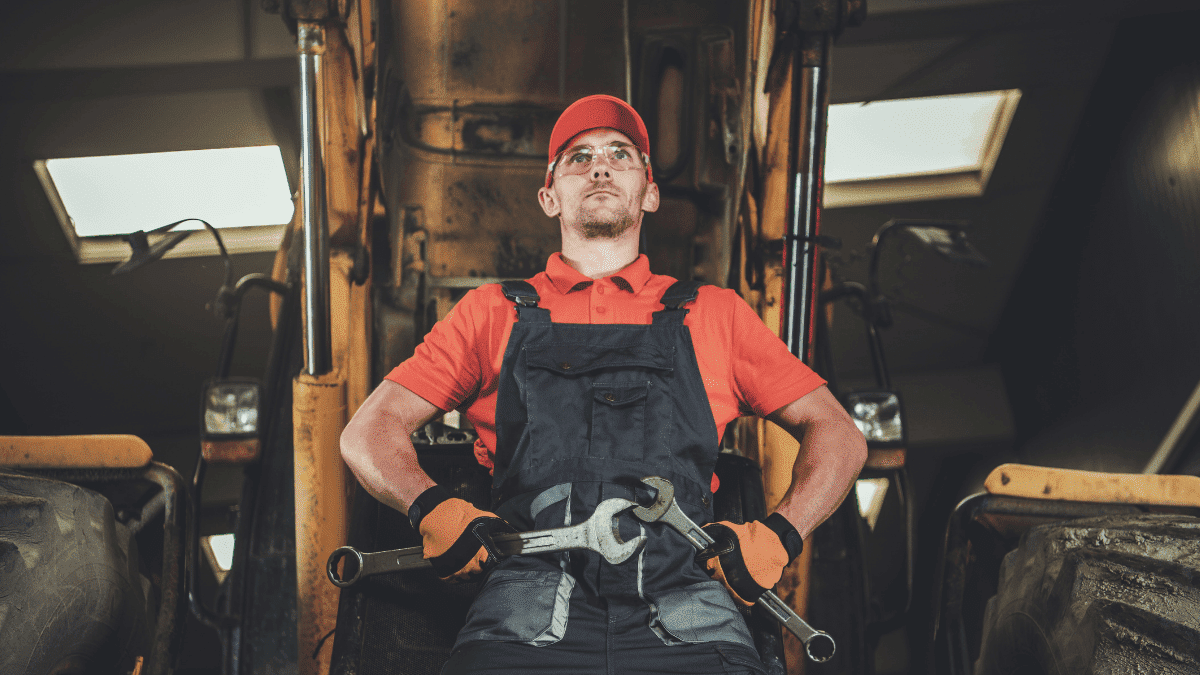 Even though it can be quite costly, regularly servicing your machinery is vital for keeping your equipment and business running. Failing to perform regular maintenance will eventually lead to substantial monetary losses and project delays. So, construction companies...