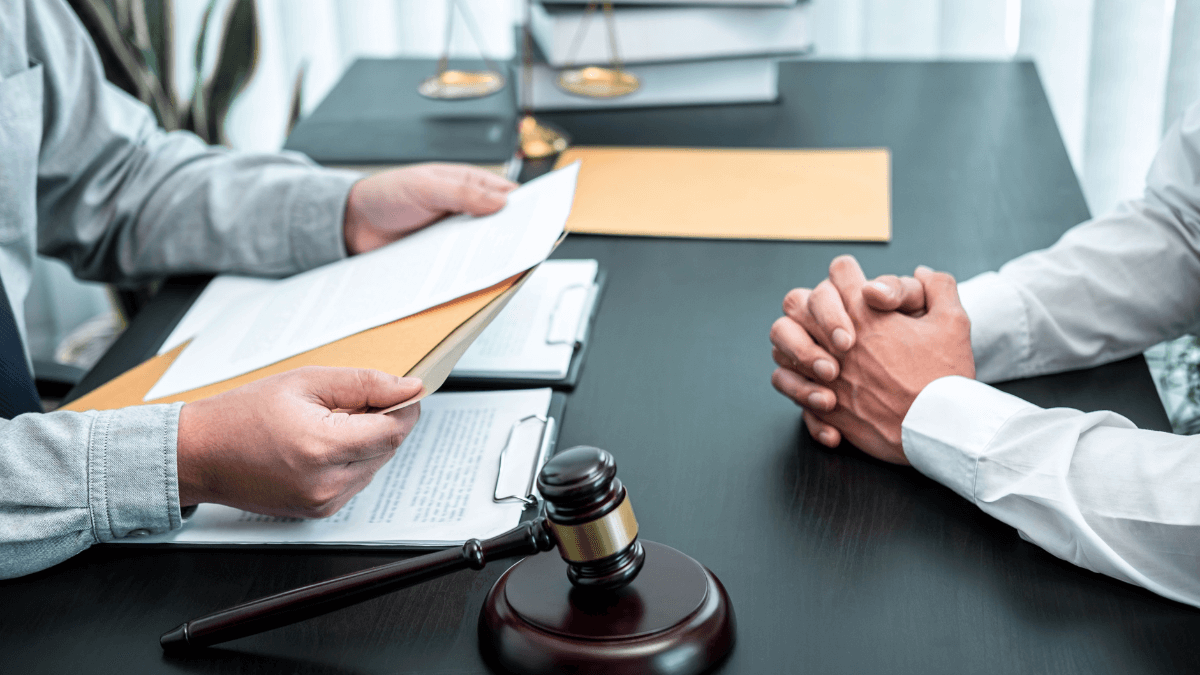 It is, therefore, no wonder that disagreements and misinterpretations that lead to disputes are bound to happen.

Since construction projects are as unique as the potential disputes arising from them, the parties should assess the situation and agree on what dispute resolution methods they should include in their contract to help them deal with the disputes effectively.

Here are seven of them.

We’ll start with legally non-binding dispute resolution methods, the first of which is negotiation.

Negotiation is the most convenient, cost-efficient, and expedient way to settle construction disputes, avoid other lengthier and more expensive dispute resolution methods and maintain positive relations between the contracting parties.

Usually, before a disagreement turns into a dispute, some negotiations almost always occur, whether stipulated in the contract or not.

However, a formal negotiation clause will force the parties to sit down and attempt to reach a satisfactory resolution amongst themselves before escalating the issue.

Here’s an example of a clause that prescribes a two-tier negotiation process where, if the dispute is not resolved in 10 days on the ground level, senior management of both parties gets another 30 days to work out a settlement.

If they can’t reach an amicable solution, the parties can proceed to resolve the issue by other means of dispute resolution involving one or more impartial third parties that help them find a solution or decide the matter for them, whether through litigation or otherwise.

Thus, getting people in a room together to discuss the matter is often the quickest and least expensive way to settle construction disputes and maintain positive relations between the two parties.

Mediation is another form of non-binding dispute resolution where a neutral third party is brought in to facilitate negotiations between parties to construction contracts (e.g., project owner, contractor, subcontractor, supplier, etc.).

It can be a quick and relatively inexpensive way of settling disputes before they escalate to arbitration or litigation, which tend to be lengthier and costlier.

However, the parties should keep in mind that the designated mediator will not decide on the dispute but guide them towards a mutual understanding.

When choosing a mediator, the parties in dispute usually select one from the list of professional construction mediators in their area.

For instance, if you had a problem in Houston, you and the other party could select one of many mediators specializing in construction here:

Once selected, the mediator will hold one or more mediation sessions during which they will listen to and assess both parties’ factual and legal arguments in an objective and fair manner, helping them identify a mutually acceptable resolution.

Thus, when drafting their contract, the parties should consider including a mediation clause as the next step after negotiation.

This may be done in a few sentences, such as, if negotiations are unsuccessful:

“…the Parties shall first proceed in good faith to submit the matter to mediation. Costs related to mediation shall be mutually shared between or among the Parties. Unless otherwise agreed in mediation, the Parties retain their rights to proceed to arbitration or litigation.”

Such a clause will ensure that the parties will try to resolve their differences with the help of a neutral third party before moving on to more time-consuming and expensive options.

Thus, although agreements reached in mediation are usually not legally binding (unless agreed otherwise) and the mediator charges a fee for their services, mediation can still prove to be a quick and relatively inexpensive way of settling disputes.

This method of dispute resolution involves hiring an expert who will, as an objective third party, make a determination on the dispute, particularly in matters of a highly technical nature.

Although expert determination is usually legally non-binding, it can be a much faster and less expensive process than arbitration or litigation, especially when the parties are interested in getting an independent reasoned assessment and determination concerning complex technical or specialist matters.

Thus, the expert should have the expertise and experience to make an informed and unbiased decision.

Naturally, such an expert can come from any technical, engineering, or other specialist fields relevant to the dispute, but their role in this dispute resolution process often coincides with that of a construction expert witness.

There are specialized directories where you can find one, for example, in New York:

When the expert is selected, the parties usually submit written representations, along with documents, technical specifications, and other evidence, to the expert without the need to hold hearings or meetings.

As evidence is critical in determining complex technical issues, contractors should take advantage of various technologies they’re using to run their business, such as construction management or asset tracking software, to gather relevant information and help the expert make a fair and reasonable decision.

For instance, our tracking app GoCodes allows contractors to track their tools and equipment as they change hands, move from site to site, and get serviced or repaired.

This and other automatized and digitized construction management solutions can provide valuable evidence when the expert is trying to determine the specifics of the case in order to make an informed and unbiased decision.

Thus, although legally non-binding (unless the parties agreed otherwise), expert determination can be an effective tool for dealing with disputes of a highly technical nature in a much faster and cost-effective manner compared to arbitration or litigation.

Adjudication is a form of quick dispute resolution where the decision made by a neutral third party—the adjudicator—is legally binding until the completion of the project or contract, after which it can be challenged and the dispute resolved through negotiation, arbitration, or litigation.

This method, which has been highly successful in resolving construction disputes in the UK and Australia, is still not widely used in the US.

However, adjudication has been introduced in the form of surety bonds, usually on large public-private construction projects, which guarantee that the contractor will complete their job, as explained here:

Such performance bonds usually contain provisions on how the bond issuer (surety), the project owner (obligee), and the contractor (principal) will determine whether the contractor has defaulted on its contractual obligations, thus triggering the bond.

In expedited adjudication proceedings, the decision is usually made within 30 days, preceded by an investigation where the adjudicator has full authority to access and review the parties’ documents and conduct interviews with staff members.

For instance, that’s the case when the parties select a neutral adjudicator that follows the JAMS rules for adjudication of surety bond disputes.

Overall, construction adjudication is a structured process that produces a quick and legally binding decision, albeit provisional, which the parties can revisit at a later date but can now resume the project without major interruptions.

As such, it should be more widely used as an effective dispute resolution method.

Although it can be slow and expensive, arbitration is the go-to dispute resolution method specified in most construction contracts that produces a legally binding decision.

The arbitration process involves one or sometimes three objective third parties—arbitrator(s)—with relevant experience reviewing the case and giving the final ruling on the dispute.

Thus, unlike mediation, if the parties fail to reach an agreement, arbitration will produce a decision that is, in most jurisdictions, as legally binding as a court decision.

Before they engage in arbitration, the parties need to agree upon and select the arbitrator.

However, the parties considering arbitration should be aware that, in some cases, the process can be as long and expensive as litigation, so they should first try other faster and more cost-efficient methods like negotiation.

In fact, according to the AAA, arbitration and negotiation often run concurrently, meaning that talks can continue while arbitration is underway.

In conclusion, despite the time and costs it can entail, arbitration resolves the dispute in a legally binding way and, as a better option than litigation, remains the preferred method of dispute resolution in the construction industry.

That’s because the parties can bring the dispute before a small claims court, but without involving lawyers.

And they won’t need them, as procedural rules are simplified, and the hearing is less formal, as explained in the guide on Californian small claims courts.

Sounds like a perfect way to have your day in court, right? However, there’s a catch.

Namely, a small claims court only handles disputes worth less than $10,000 that can be resolved in the form of financial compensation.

Therefore, they are not suited for larger financial or more complex construction disputes but can still be an effective method for dealing with various disputes valued below the said amount.

In fact, small claims courts are often used by homeowners unhappy with their contractor’s work, but this dispute resolution method can work both ways.

In addition, it can be used to handle different payment disputes between contractors and subcontractors.

Thus, despite an upper limit one can sue for and some other limitations, small claims courts can be used in specific cases to resolve disputes in a faster and (as they include no lawyers) less expensive way than litigation or some out-of-court resolution methods.

Of course, some disputes will end up in court, despite every effort to find an amicable solution along the way.

Simply put, litigation is a method of dispute resolution that involves a full-blown court trial led by the judge, argued by lawyers, and decided by the jury.

We could say that the upsides of litigation are that the decision is made by a panel of people instead of just one person and that it’s legally binding and enforceable.

Naturally, similar to cases ruled in small claims and other courts, the decision can be appealed in higher courts, both state and federal.

The downsides of litigation, however, are straightforward: it is the slowest and most expensive way of settling construction disputes.

In such situations, there’s often no alternative method to resolve the dispute, so both sides will need to secure lawyers and pay legal fees until the case is settled, which can be extremely expensive.

On top of that, court proceedings, depending on the case and the court’s workload, can be very slow.

Thus, although litigation produces a legally binding decision made by the jury of their peers, most parties will instead opt for other dispute resolution methods we’ve covered in this article.

So, we’ve examined seven ways to resolve construction disputes, starting with the most convenient and inexpensive negotiation and ending in lengthy and costly litigation.

In this way, contractors, project owners, and other stakeholders can try to resolve any disputes amicably, thus avoiding the exorbitant costs of litigation. 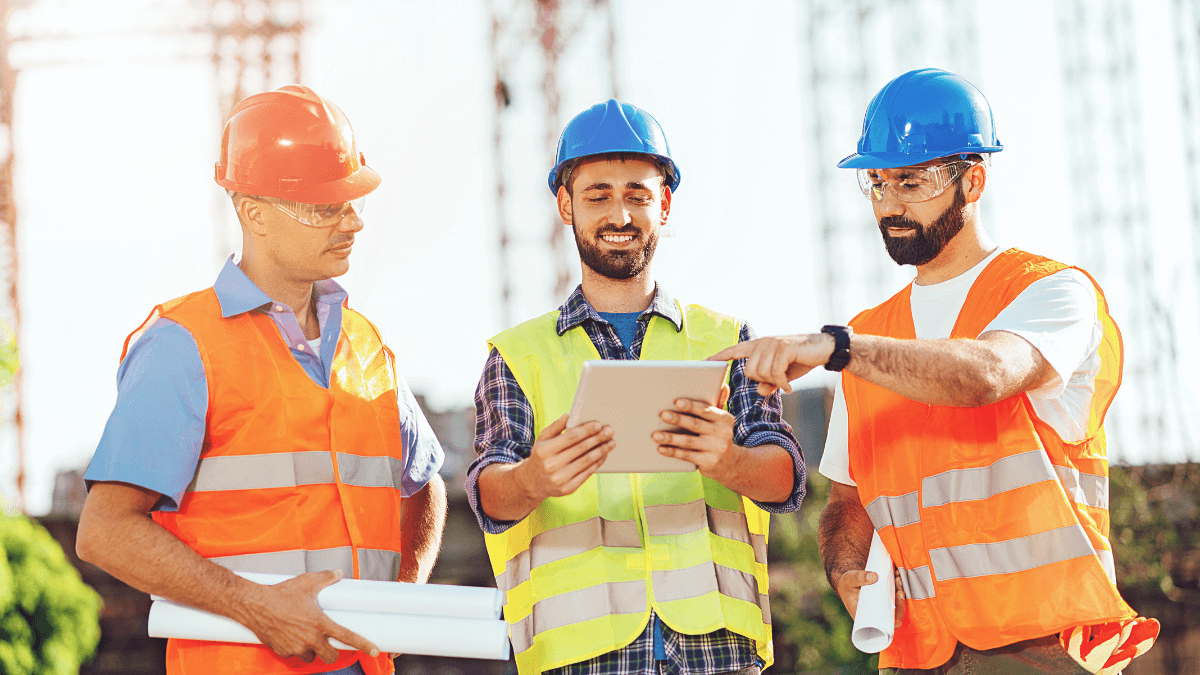 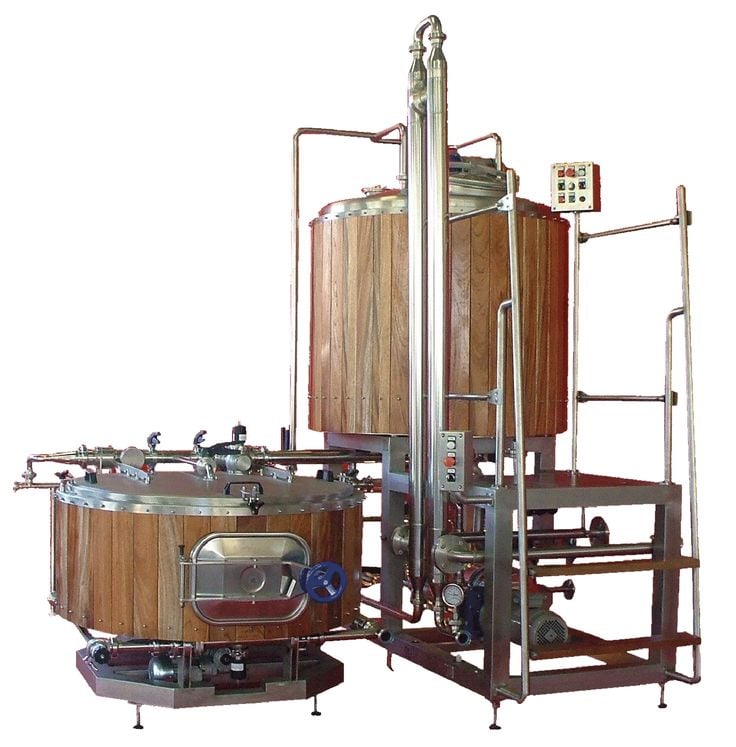 Roll Out the Barrel: Brewers Use Smartphones and QR Codes for Tracking

Just about everyone enjoys a nice, cold beer from time to time, but few people actually put much thought into the amount of time and effort it takes to get that brew just right. Fortunately, many brewers across the country have discovered just how helpful smartphones...