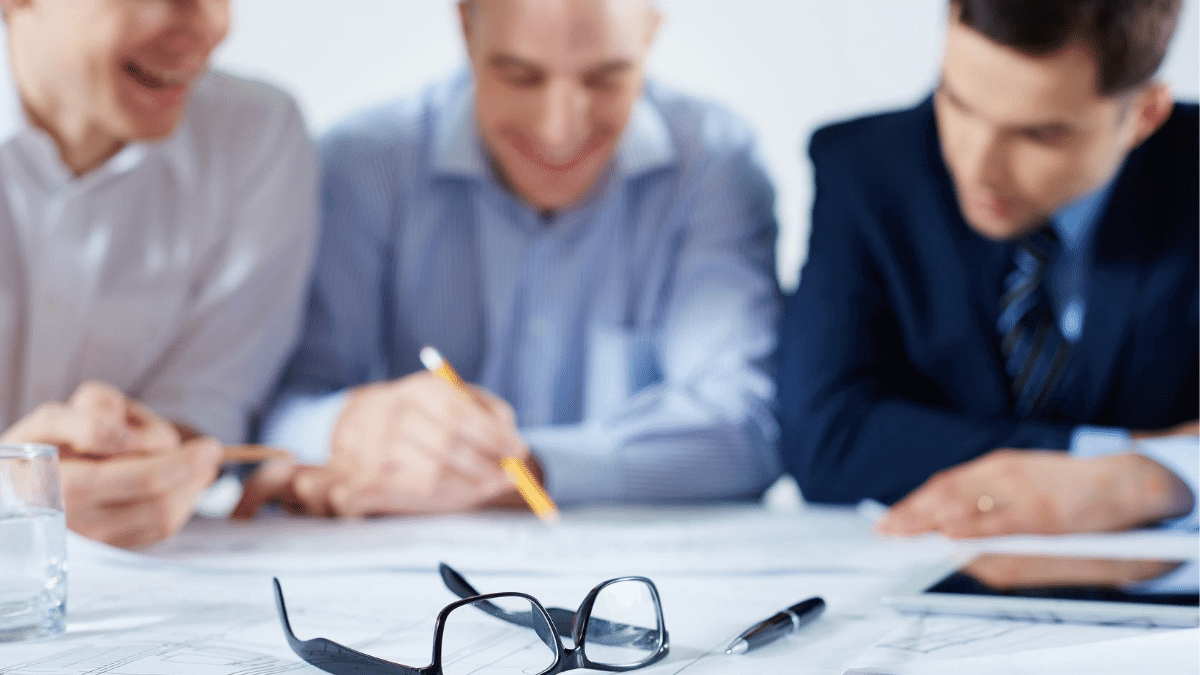 A company’s assets are of little use if employees aren’t sure where they are, where they’ve been, or where they’re going.

The data collected from each asset’s daily activities, even if it remains fixed, is invaluable.

Asset tracking can help immensely when it comes to:

This post will discuss the methods and trends of asset tracking and provide a history of the practice. A discussion of each method will help you decide which is right for your company.

Asset tracking is as old as the written language. Evidence of trade within and between civilizations helped anthropologists track the intercultural flow of influence, development of economic systems, and spread of social contact.

While pen and paper methods became increasingly organized and much more efficient with the invention of RFID technology, typewriters, and word processors, it wasn’t until the advent of barcodes that asset tracking became a familiar technology to consumers as well as distributors and retailers.

In the 1980s, the arrival of desktop computers became essential for effective asset tracking, an advancement that was further refined by the development of QR codes, Bluetooth, and dedicated software for enterprise resource planning.

The recent development of GPS and smartphones revolutionized asset tracking yet again.

Tracking Assets with Pen and Paper

Indications of ancient Egyptians using papyrus to keep business and court records stretch back to 4,000 BC. Other civilizations used tablets or metal objects to take inventory of goods.

We know a great deal about the ancient Greek and Roman empires partially from the careful records they kept of daily business transactions.

The reliability of pen and paper as an asset tracking system is still reflected today.

In a pinch, if a cell phone is low on power or a QR tag is obstructed by construction material, workers can still take out a pencil and notebook and make notations to enter into a system later.

Pen and paper aren’t entirely left behind, and probably never will be.

Cons of Pen and Paper as Asset Tracking Device:

While pen and paper can be a good substitute for other asset tracking methods, it’s proneness to errors make it less ideal as a company-wide solution, especially in big companies that operate in different locations.

When computers took up an entire room, using them to track assets or generate other business documentation didn’t seem feasible. However, the arrival of the microchip made home and office computing possible.

It was the first major revolution of asset tracking since the widespread use of typewriters.

For some time, desktop computers seemed the pinnacle of business technology.

Spreadsheet software, once basic and stored on floppy disks, gave way to the more sophisticated and integrated Office suite of offerings from Microsoft.

In addition to word processing capabilities, Microsoft and other software companies unleashed a wealth of possibilities in asset management.

Barcodes, invented by Bernard Silver and inspired by Morse code, were patented in 1952. However, the technology to put such a concept into commercial practice did not yet exist.

The rail industry began testing an early form of bar codes to track railcars in 1961.

Although barcode scanning technology wasn’t ready for widespread retail use until 1972, by 1966, the market caught up with Bernard Silver’s concept when the National Association of Food Chains asked for proposals to form a Universal Product Code (UPC) to standardize products in the United States.

General Motors began using barcode scanning to monitor the movement of parts along a car assembly line in the late 1960s. The first UPC system was installed in a supermarket in 1974.

Barcodes wouldn’t be known worldwide if they weren’t a revolutionary idea.

However, their intensive use pointed out some areas of improvement and gave birth to more advanced codes.

Quick response (QR) codes were the next advancement in asset tracking technology.

Developed by Denso Wave to hold more information than barcodes, they first appeared in Japan. As with the use of barcodes, QR codes were established to increase efficiency in automobile manufacturing and part location.

They’re now seen at many tourist, retail, and transit locations, enabling anyone with a smartphone to gather such information as brochures, business contact information, website addresses, map locations, and product details.

The use of the QR code spread, accelerated by the use of cell phones and smartphones. By 2000, QR codes developed a set of standards that could be applied internationally.

QR reading apps for smartphones pushed this form of technology still further in the 2010s.

Radio frequency identification makes use of waves on the electromagnetic spectrum. Wavelength and frequency of the waves differentiate themselves from one another.

RFID tags and readers are keyed within this range to relay information.

The beginnings of RFID technology were not commercial. It traces its origin back to radar and aircraft identification. Since World War II, RFID has become further refined for commercial use.

Active RFID tags are the largest and most expensive of the group. They are fitted with a transmitter and typically powered by a battery. Active tags have the largest readable range, sometimes up to 100 meters. They’re typically used to track such large assets as cars, cargo containers, and machinery like day spa or industrial equipment.

In addition to providing tracking capabilities, active RFID tags can also provide data about relative humidity, ambient temperature, light amounts, and vibration events. They can either act as beacons or transmit only when a reader is in range.

Like active RFID tags, semi-passive RFID tags also use a battery, antenna, and integrated circuit. However, they do not contain transmitters.

Passive tags work in concert with the reader antenna, which sends a signal that the tag then bounces back to the antenna. Passive tags are less expensive than active or semi-passive systems; they also offer greater flexibility and are widely used in retail for security or tracking.

Near field communication uses the same technology as RFID, but on a different frequency. It is generally considered the next generation of RFID.

While it was first patented in 1983 and used sporadically in toys and other forms of consumer electronics, the early 2000s saw it integrated into the quickly-growing field of cell phones, particularly Nokia, Sony, and Samsung.

Today, NFC is the base technology for Apple Pay and Android Pay.

Customers use it to check out from their smartphone in shops and restaurants without debit or credit cards.

NFC tags are usually read-only and work at an extremely short range. While NFC can be utilized for asset tracking, it’s not nearly as useful in larger areas as RFID.

Most of the general public is familiar with Bluetooth as a technology that pairs headphones to their laptop or cell. However, it’s also an important aspect of asset tracking.

Although some might think of it as a new innovation, Bluetooth has had plenty of time to establish its dominance.

It was invented in 1989 by Nils Rydbeck of Ericsson Mobile to design a wire-free headset. Known as “short-link radio technology,” it was brought to market in 1999.

Today, it’s hard to find a household or office not leaning on Bluetooth to streamline daily activities.

Where asset tracking is concerned, Bluetooth’s wide range (about 50 meters) sets it apart from NFC and some forms of traditional RFID.

Since Bluetooth’s radio signal is never “off,” but it doesn’t use a great deal of power, it’s good for situations in which the speed of data transfer is less important than battery life.

The GPS era reaches back to the dawn of space exploration, which began in 1957 when the USSR launched the first successful man-made satellite, Sputnik.

Scientists were able to track Sputnik’s orbits as its radio signal moved through Earth’s atmosphere. As more satellites were launched, the accuracy and access of their navigation capabilities increased.

GPS was revolutionary in asset tracking. When active GPS tags are attached to an item, its position is transmitted via satellite or the nearest cell phone tower. This means assets can be tracked in Montana from a home office in Florida.

A less expensive form of GPS asset tracking are passive tags: code technology is paired with GPS satellites. When barcodes or QR codes are scanned, the scanned tag provides the asset’s latest location.

Few people typing away at an inventory list could have imagined GPS asset tracking or the ability to hold reams of information in a wallet-sized object. What’s next for asset tracking?

Here are some trends to watch:

Check our article about trends to expect for asset management for more information.

Which Asset Tracking Method is Right for You?

The unique needs of each organization call for individualized solutions. GoCodes can provide you with an asset tracking method that fits your goals.

Whether you’re working with a small office or construction sites across the world, these technological advances mean there’s a method of monitoring and understanding your assets that’s a perfect fit for you.

How To Track Tools and Equipment Using QR Codes INFOGRAPHIC

Tracking Tools & Equipment with QR CodesIf you work in the construction business, either as a builder or engineer, you know how important and pricey your tools and equipment can be. Unfortunately, so do thieves.Each year, it’s reported that up to $1 billion... 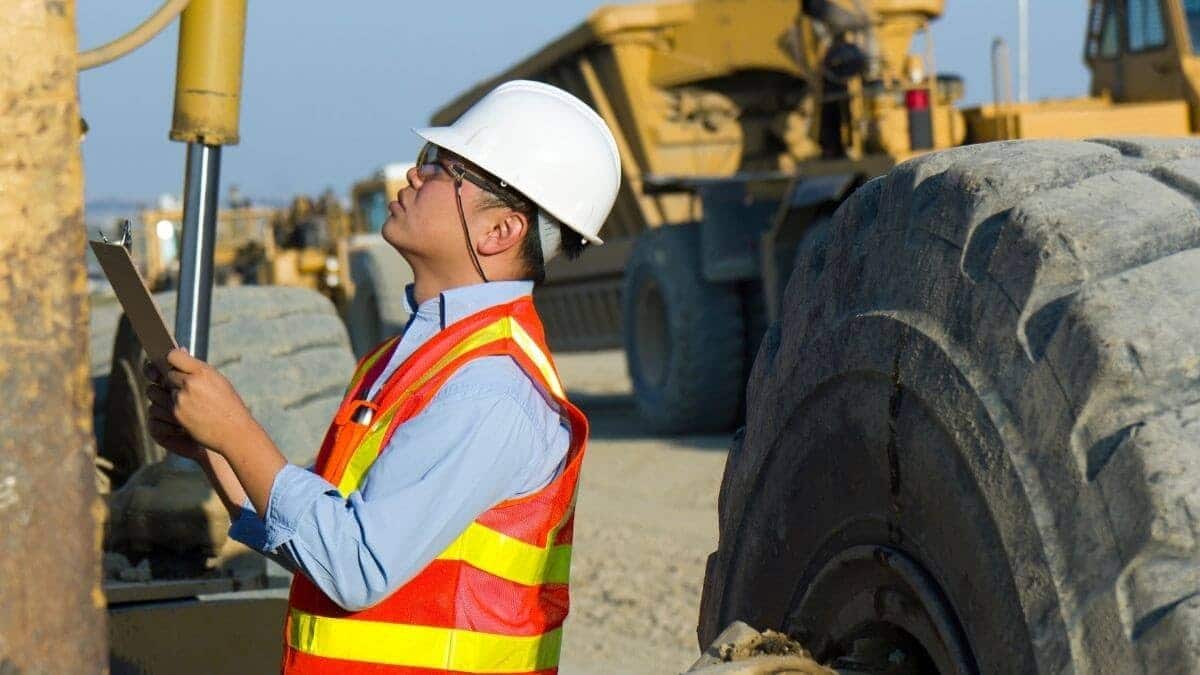 There are several reasons you might want to sell some of your machinery. Maybe you no longer need it, or it needs replacement. Perhaps it’s not being used, or you want to buy a better model.  If we look at some statistics, we can see that 92% of the respondents said...