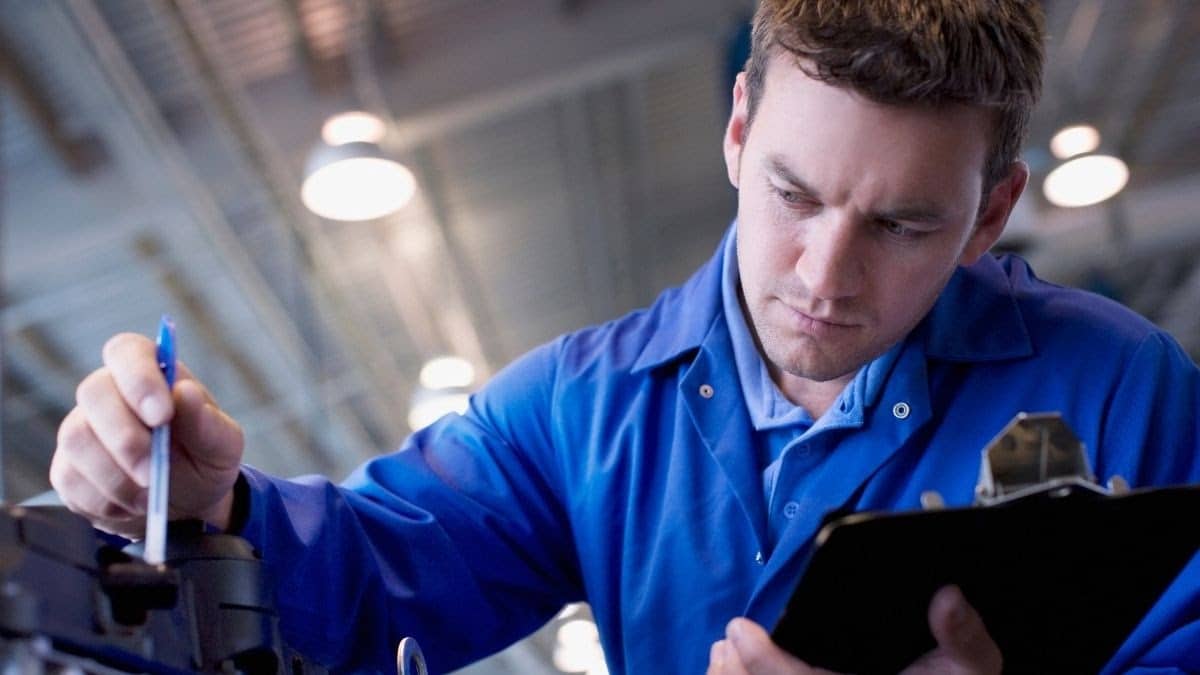 In the construction business, heavy equipment is a company’s most prized possession. Because of this, it has to be handled with care.

If something goes wrong, you’ll have to conduct costly maintenance, or even worse—suffer downtime.

However, there is one aspect of taking care of your machinery that is often overlooked. You have to make sure you’re not overworking your heavy equipment and keep a watchful eye on the warning signs.

Overworking can lead to excessive wear and tear on your machines, resulting in less productivity and, as we’ve already mentioned, extra costs and repairs.

To help you protect your profits, we will cover five warning signs you’re overworking your heavy equipment.

The first sign that you’re overworking your heavy equipment is a pretty common one, but it is still often ignored or not handled properly.

You are probably familiar with this situation—your warning sensors light up, and because you’re in the middle of something, you just pretend like nothing’s happening.

This scenario is so common that a survey conducted in the UK found that 46% of the drivers ignore warning sensors, and one in five will drive for up to three days before investigating the issue.

Even worse, two in five drivers will ignore the warning lights altogether, hoping they go away on their own.

And while those can be annoying, ignoring them won’t fix the problem, quite the opposite.

They can indicate anything from something simple to some major issues, and if they light up more than usual, it’s a sure sign that your machinery is getting overworked.

While it would be quite a feat for drivers to learn the meaning of every dashboard light, being familiar at least with the basics will help you diagnose the problem, so you can take care of your equipment adequately.

For example, orange or yellow-colored lights usually indicate there’s an issue that needs checking, but that you can still go on driving the vehicle.

However, a red light means that you’re in danger and should immediately pull over and get help.

While most drivers are familiar with the meanings of those colors and their urgency, studies have shown that only 21% of UK drivers know the meanings of basic dashboard icons:

In conclusion, if an icon on your dashboard lights up, it sends a clear message: something is wrong or needs checking.

Don’t wait; see a professional as soon as possible to avoid bigger problems.

You’ve learned that you can see the warning signs that your heavy equipment is overworked, but did you know that you can also hear them?

When you overexert yourself at the gym, you probably make some kind of noise. Well, your machinery is no different.

However, since machines make noise all the time anyway, you probably think it would be a challenge to detect the ones that indicate a problem. But don’t worry; you don’t need to be an expert to do that.

In order to recognize unusual noises, your staff should get familiar with how your machinery normally sounds and keep an eye, or rather an ear, on any changes in that sound.

Rattling, clanking, hissing, and other strange noises indicate that something’s wrong with your machinery and that you should get it checked.

All of these noises have their causes and characteristics, for instance, if you hear a whining noise, it usually indicates that your bearing is about to fail.

In this video, you will learn how you can diagnose a whining noise on your own, with the help of a stethoscope or a long screwdriver:

However, you should leave the repairs to the professionals.

Another common strange noise is called the timing chain noise. A lax or broken timing chain will make a rattling sound, especially while the engine heats up.

The first thing to check in this situation is the oil pressure, and if there’s no problem, you’ll probably need to replace hydraulic tensioners and chain guides.

Again, the best thing to do is to have a mechanic look at it with a stethoscope.

To sum it up, heavy equipment makes a lot of noise all the time, but uncharacteristic noises can be easily noticeable.

In this case, your ears are your best tool in finding the root cause of the problem and preventing your machinery from overworking.

Another sign of your equipment being overworked is the color of the exhaust smoke.

If you can see it, it means you’re overworking your machinery and that there is something wrong with it.

Having said that, the color of smoke coming from your exhaust is essential if you want to make a proper diagnosis and can be white, black, or blue.

White smoke usually means that your injectors are failing and is an indication of unburned diesel fuel.

Zack Ellison, director of technical support at Cummins, says that this typically happens at startup in cold weather and clears up very quickly as you start running the engine at idle speed.

It should also be noted that this type of smoke can irritate your eyes and/or skin, so be careful around it.

Unlike white smoke, black smoke contains high concentrations of carbon particles and is the most common smoke color coming from diesel engines.

It indicates that the engine is burning too much fuel, so you should check your air filter, sensors, fuel injectors, and fuel pressure regulator.

The rarest smoke color that signals your heavy equipment is being overworked is blue. It’s also the most dangerous. It indicates a poorly serviced engine.

If blue smoke appears, it’s definitely time to see a mechanic since it can also be an indicator of burning oil.

This can be caused by leaking valve seals, damaged piston rings, or worn cylinder walls and should not be ignored.

Apart from posing a risk to your machines, smoke is also dangerous for your team.

Construction workers are at risk from diesel engine exhaust emissions (DEEEs) which contain many carcinogenic substances.

Inhaling DEEEs can lead to cough and breathing problems, but there is also evidence that long-term exposure can increase the risk of lung cancer.

Furthermore, research has shown that over 200 construction workers died prematurely in 2005 due to having been exposed to DEEEs over a period of up to 50 years. Technology has changed since then, but the risk remains.

Simply put, exposure to smoke is never a good thing; it’s dangerous for your machines and your workers.

Address it straight away; you know what they say— where there’s smoke, there’s fire.

Equipment failure is common in the construction industry, but if it happens too often, it probably means you’re pushing your machines too hard.

This can be a big inconvenience since it drains your resources and leads to downtime, but you can easily prevent this if your machines are used and maintained properly.

Constantly running your machines at full capacity is not advisable, since it will put a strain on them and cause them to break down sooner than expected.

So, how can you detect whether your equipment is being overused?

By tracking equipment usage and repairs, tools like GoCodes can help you determine whether the failure can be ascribed to an excessive number of operating hours.

Keep in mind that machines are not perfect and are bound to get overheated at some point. To avoid this, you should provide them with periods of rest, just like you do for your workers.

Another thing that will save your equipment from breaking down is making sure your operators are properly trained.

In the perfect world, every operator would receive adequate training on the machinery they are using, but that is often not the case in practice.

The misuse of equipment can often be attributed to a lack of training.

For example, an operator might neglect to idle the engine before shutting down the machine.

Over time, this seemingly harmless routine can cause some severe damage to the turbocharger.

To prevent that, you can train your operators to idle the engine for a few minutes before shutting down the machine.

This simple measure can save you up to $5,000 in repairs.

In short, overworking your machines will accelerate breakdowns, draining your resources.

If you want to stop this from happening and save money on maintenance, make sure your staff is fully trained, observe the limits of your equipment and take regular breaks so the machines can rest.

If your fluid levels remain low, even when they’re checked and re-filled regularly, you’re probably overworking your equipment.

Fluids are essential for the life of your heavy equipment. Think of it this way, when your body is low on water, it gets dehydrated, which can cause an array of health problems.

It’s the same with the fluids in your machines—from oils to fluids that maintain pressure in hydraulic systems.

For example, technically, engines can work without oil, but they can only run for up to 30 minutes before failing. You will know your engine is out of oil if it starts to grind and then seize up.

If that happens, you should check your pump and the fluid level in the reservoir.

Another clear sign that your hydraulics system has problems is if your fluid temperatures are above 180 degrees.

Temperatures this high can damage seals and ruin your fluid. To avoid this, make sure you monitor the reservoir fluid level and check your heat exchanger, but the best thing to do is install a fluid temperature alarm.

Often the first symptom of something going wrong with your hydraulics systems will be a reduction in machine performance, particularly slow operation.

In this case, low speed indicates a loss of flow.

So, if the operation is slow, you should check your equipment for leaks.

Usually, you will be able to see visible leaks on the ground, but if you can’t find them outside the machine, it could mean that the internal seals are broken and that the fluids are leaking into other parts of the engine or hydraulic system.

In this case, a professional should check your machine as soon as possible.

So remember, good fluid levels and quality are essential to prevent your heavy equipment from breaking down, so check and fill your fluids regularly.

Signs of your equipment overworking are not always obvious, and if you don’t recognize them on time, you can end up with unplanned expenses or a constructor’s worst nightmare—downtime.

But don’t worry; you can easily avoid this if you keep an eye on the signs mentioned in this article when inspecting and maintaining your equipment.

And remember, your machinery needs constant care and attention. Just like your workers, it can use a break every once in a while.

The construction industry isn’t just facing supply chain problems and a raw materials shortage, it is suffering from a labor deficit as well. The U.S. Chamber of Commerce has found that 70% of contractors are currently struggling to fully staff their sites,... 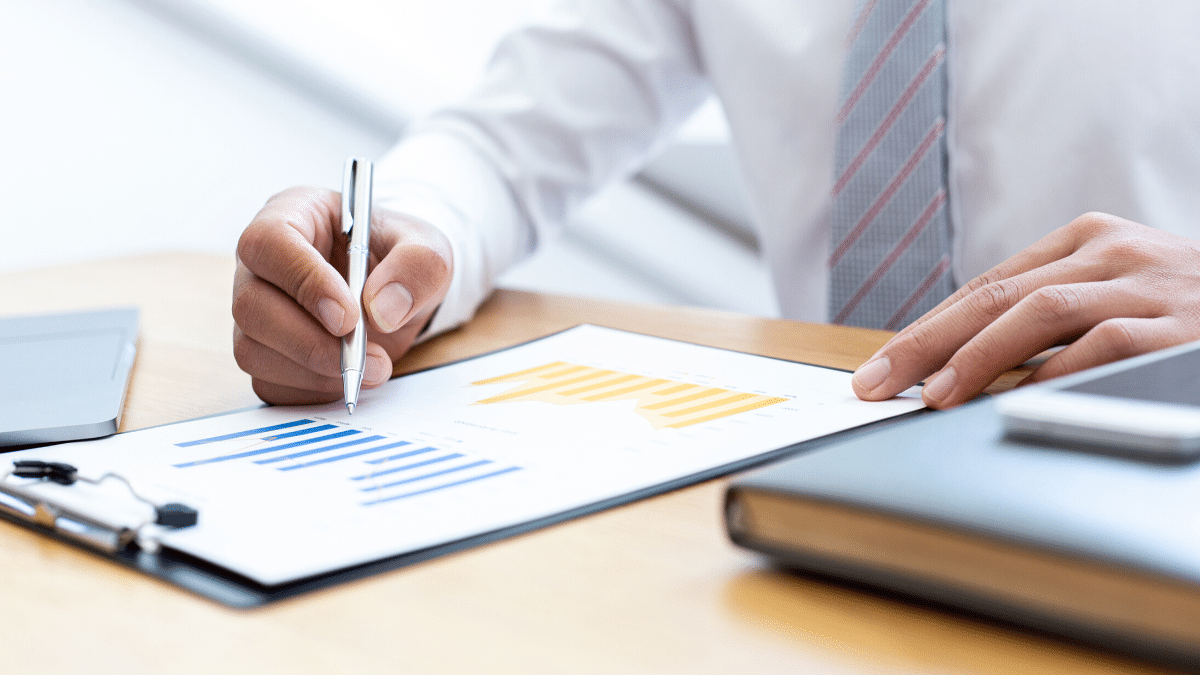 Understanding the life cycle of your assets allows you to better plan for their role in your organization and saves your time, energy, and resources. When you’re ready for each phase of an asset’s life, you can better manage them and ease each transition for...