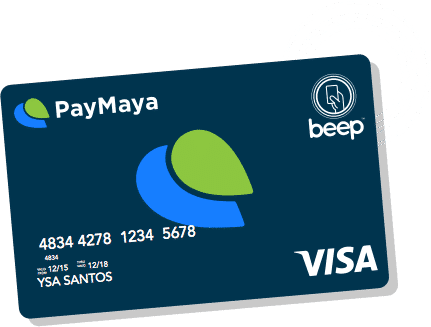 In a previous blog post, we discussed how Visa was bringing QR code-based payments to Cambodia. While Walmart Pay remains the only option for QR code payments here in America, more companies in more countries are getting on-board the QR code payment bandwagon.

The latest company to do so is PayMaya, a company in the Philippines. PayMaya is a company that provides prepaid debit cards to its customers. Although the company does provide a physical card that can be used in stores where it is the only option, they have rolled out support for QR code based payment across the country.

Adoption of QR codes in payment systems has been slow relative to their usage in other industries. The technology for scanning QR codes had been around for several years. As smart phones capable of scanning the codes, and the internet access required to use them both become more commonplace in society, the barriers to using them as a payment method have eroded away.

As PayMaya’s service rolls out, the company hopes that it will be adopted by even the smallest of retailers. Adding to the value provided to business will be the ability for customers to pay online, rather than having to pay in person at the store. This would provide an extra payment option for delivery services and greatly expedite the process of customers picking up to-go orders that have been placed online or over the phone.

Orlando Vea, the company’s CEO said of the move, “As PayMaya continues to grow nationwide, we take a giant step for our customers by making QR code payments available to all kinds of merchants. PayMaya is the leading digital payments wallet and on the merchant side, this will reinforce our position as the top mobile payments acquirer in the country.”

Widespread adoption around the world of QR codes as a payment option is going to require successful implementations to pave the way. PayMaya is more than qualified to bring that success to their implementation in the Philippines.

The company provides the preferred prepaid payment method for millennial consumers. Driving that success is the 15,000 reloading stations that operate around the country and allow PayMaya’s users to keep their prepaid cards topped off with funds.

PayMaya also has the backing of several local governments aiding their credibility as a cashless payment provider. These governments have fully embraced PayMaya’s systems, offering citizens the ability to pay for government services and bills using their PayMaya wallet and even distributing government aid to beneficiaries using the service.

What does the Future Hold?

As smart phone usage becomes more commonplace around the world, and as company’s such as PayMaya lead the way in their countries for accepting payments via QR code, we can expect that other companies and other countries will likely adopt the technology. Whether the increased usage of the payment method around the world will see other companies in the United States follow Walmart’s lead remains to be seen. It seems only a matter of time though before we hear of another provider somewhere in the world seeing the potential in QR codes and bring them as a payment option to consumers in their country.

Although QR code payments do not yet have mass adoption here in America, they are still very useful for tracking your assets and inventory. Contact us today and let us show you how we can help your business benefit from a QR code-based system. We will be happy to answer any questions you may have about how companies just like yours are making use of QR codes.

Highlights from the ScanLife report According to the report, scanning activity is dramatically on the rise, now surpassing 180 scans per minute. It showcases who’s scanning along with top user locations and interests. You’ll see that females who are 35-44 scan...