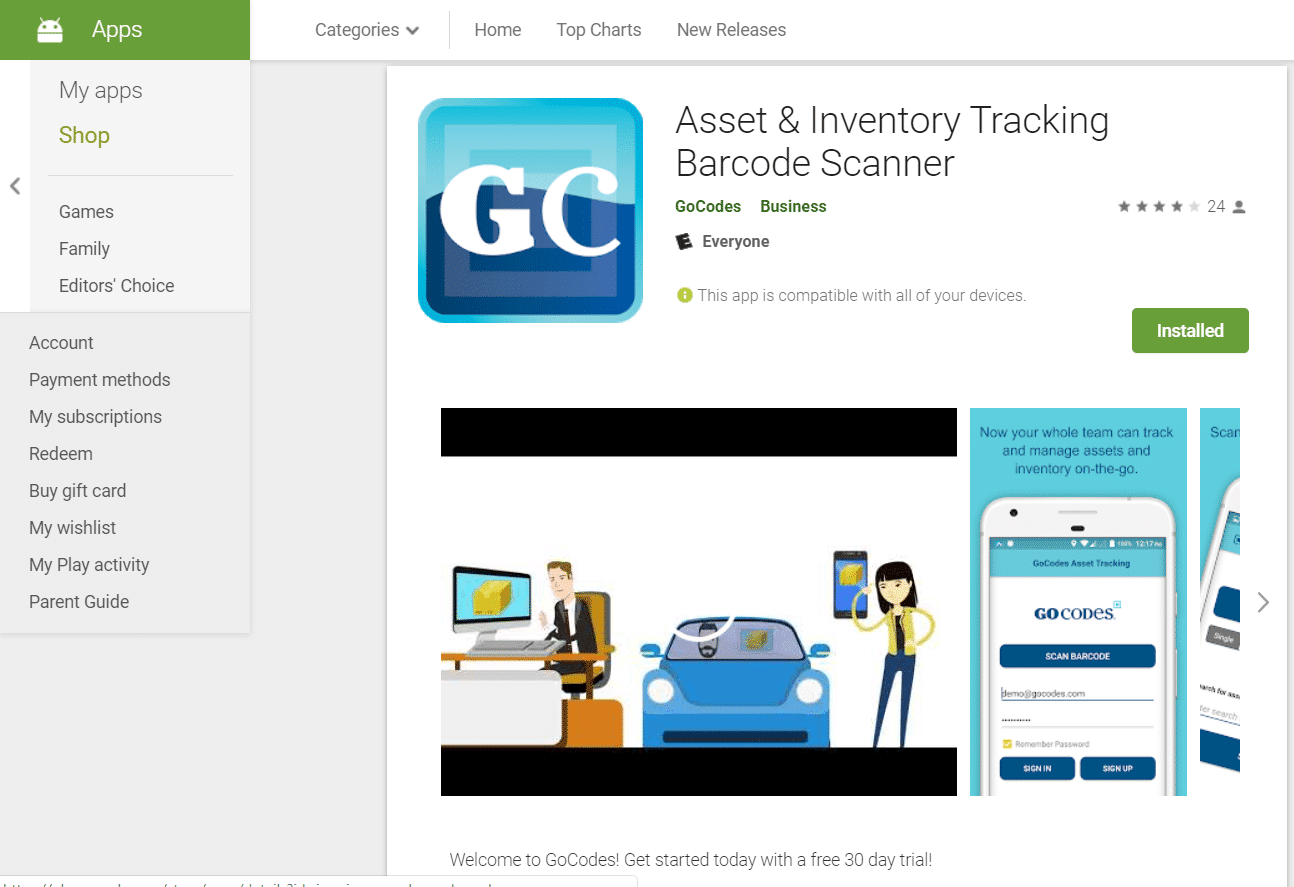 New Scanning Features Plus Intro to Barcode Standards and Applications

We are delighted to unveil new features in both the iPhone and Android mobile apps. Now you can use GoCodes with existing bar code labels!

Our latest release provides the following enhancements that will allow you to:

When working with other non-GoCodes barcodes the GoCodes Apps work as follows. The GoCodes app will scan the barcode and if it does not find a matching ID in the GoCode system, the app will perform a full database search and return any assets that contain data fields which match the text from the barcode.

For example, if you scan a barcode which contains the following asset number ‘1001’ the GoCodes app will see this is not a GoCodes barcode ID and will therefore search the database for any assets that contain the text ‘1001’. A list of matching assets will be shown on the results list page in the same manner as other assets.

To use this feature to check in/out and view/update your assets, you need to add the matching asset ID from your existing barcode (e.g. ‘1001’) to the corresponding GoCode ID asset in your database. In most cases, we recommend adding a new custom field with a name like ‘Barcode ID’ and then populating it with the corresponding barcode data (e.g. ‘1001’). Then when you scan the barcode using the GoCodes app it will automatically present you with the matching asset from the database. 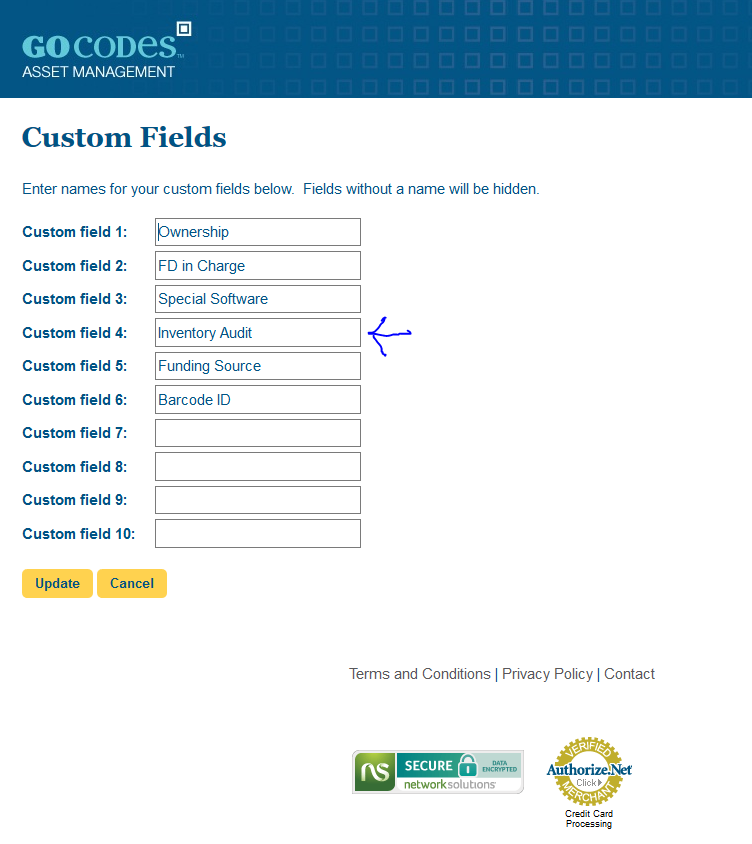 The iPhone app will now scan the following barcode symbols: 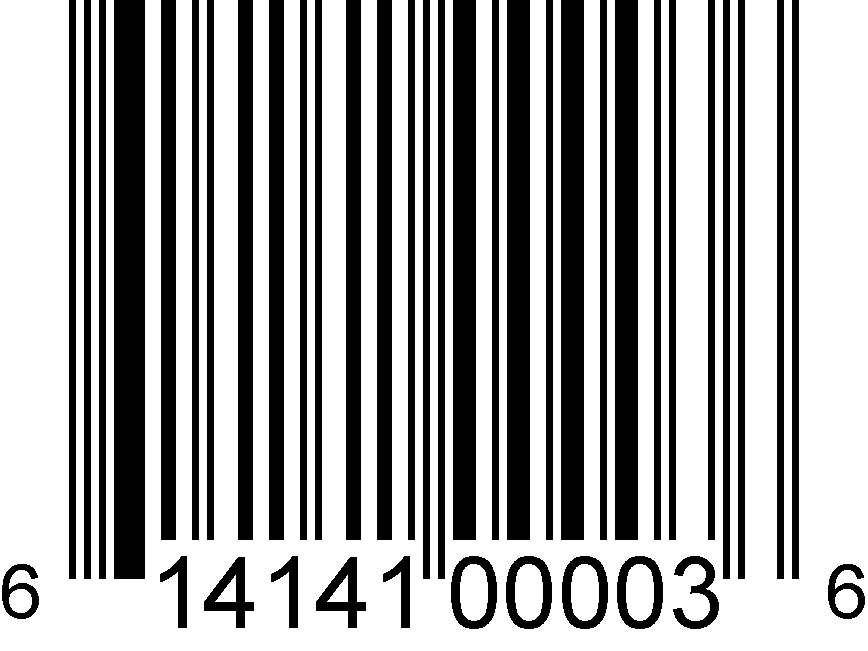 EAN-13: EAN-13 encodes an international 13-digit product number known as a GTIN-13. These numbers uniquely identify every consumer product in the world! 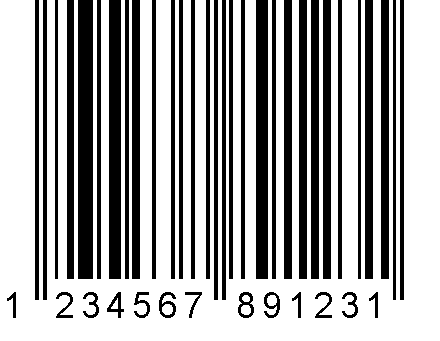 UPC-A: UPC-A is just another name for an EAN-13 barcode that starts with a leading zero (the country code for the US). If the zero is dropped, the resulting 12-digit product number is known as a GTIN-12. 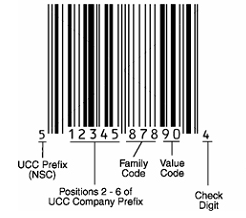 EAN-8: EAN-8 is a shortened version of EAN-13 that only encodes 8 digits and uses specially allocated GTIN-8 product numbers. 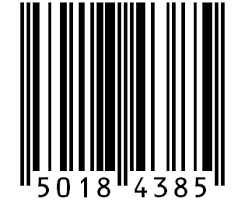 UPC-E: UPC-E is a compressed version of UPC-A that works by eliminating certain zeros from a GTIN-13 code. In order to be useful, the data is usually decompressed back to a GTIN-12 or GTIN-13 product number. 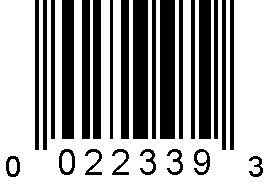 Code 128: Code 128, defined by ISO/IEC 15417, is a very dense, secure and flexible symbology that can encode any ASCII character. GS1-128 is a special variation of Code 128 that can be used for structured product data.

Code 93: Code 93, defined by AIM-BC5, is less dense but somewhat more secure than Code 128. It is used by the health care industry and some postal systems.

Interleaved 2 of 5: Interleaved 2 of 5, defined by ISO/IEC 16390, is an older symbology that can represent only numbers. It is still frequently used in various applications, even though other symbologies are usually a better choice. 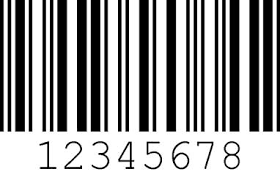 GS1 DataBar, defined by ISO/IEC 24724, is also used to label consumer products. It is frequently found on produce and coupons. Formerly known as Reduced Space Symbology (RSS), this symbology offers very high density and data security. The base symbol encodes only a GTIN-14 product code, similar to EAN/UPC, while the “expanded” variant supports application identifiers (AIs) with additional product data.

The Android App Will Scan These Additional Symbologies:

Codabar: Codabar is a linear barcode symbology developed in 1972 by Pitney Bowes Corp. ([1]). It and its variants are also known as Codeabar, Ames Code, NW-7, Monarch, Code 2 of 7, Rationalized Codabar, ANSI/AIM BC3-1995 or USD-4. 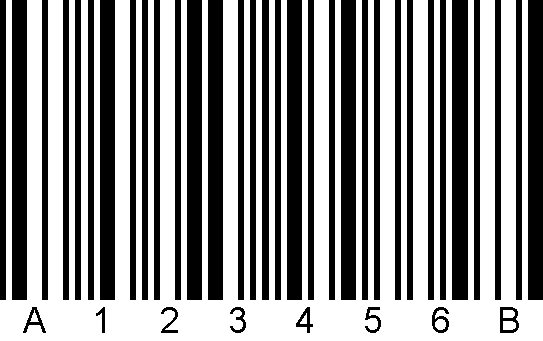 ITF: ITF-14 (Interleaved Two of Five) is the GS1 implementation of an Interleaved 2 of 5 bar code to encode a Global Trade Item Number. ITF-14 symbols are generally used on packaging levels of a product, such as a case box of 24 cans of soup. The ITF-14 will always encode 14 digits.

RSS-14: RSS 14 barcode (Reduce Space Symbology) encodes the full 14-digit EAN.UCC item identification in a symbol that can be omnidirectionally scanned by suitably configured point-of-sale laser scanners. It is the latest barcode types for space-constrained identification from EAN International and the Uniform Code Council, Inc. RSS barcodes have been identified to target the grocery industry and in healthcare, where items are too small to allow for other barcode symbologies.

RSS-Expanded: RSS Expanded is a variable length symbology that can encode supplementary information in addition to the 14-digit EAN.UCC item identification number and is capable of encoding up to 74 numeric or 41 alphabetic characters.

Datamatrix: A Data Matrix code is a two-dimensional barcode consisting of black and white “cells” or modules arranged in either a square or rectangular pattern, also known as a matrix. The information to be encoded can be text or numeric data. Usual data size is from a few bytes up to 1556 bytes. 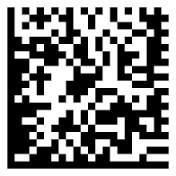 Aztec: Aztec Code is a type of 2D barcode invented by Andrew Longacre, Jr. and Robert Hussey in 1995.[1] The code was published by AIM, Inc. in 1997. Although the Aztec code was patented, that patent was officially made public domain. The aztec code is also published as ISO/IEC 24778:2008 standard. Named after the resemblance of the central finder pattern to an Aztec pyramid, Aztec code has the potential to use less space than other matrix barcodes because it does not require a surrounding blank “quiet zone”. 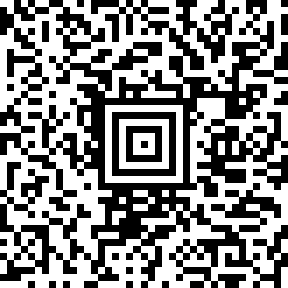 PDF 417: PDF417 is a stacked linear barcode symbol format used in a variety of applications, primarily transport, identification cards, and inventory management. PDF stands for Portable Data File. The 417 signifies that each pattern in the code consists of 4 bars and spaces, and that each pattern is 17 units long. The PDF417 symbology was invented by Dr. Ynjiun P. Wang at Symbol Technologies in 1991.

Maxicode: MaxiCode is a public domain, machine-readable symbol system originally created and used by United Parcel Service. Suitable for tracking and managing the shipment of packages, it resembles a barcode, but uses dots arranged in a hexagonal grid instead of bars. MaxiCode has been standardized under ISO/IEC 16023. 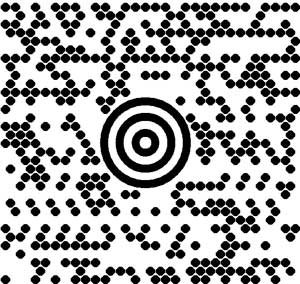 They're Back! – QR Codes for Marketing – Top Tips

QR codes are two-dimensional barcodes that include black squares arranged on a white background. These squares store data. When a user scans a QR code with a scanner, the system converts the data into a language that could be understood by humans. Thanks to their... 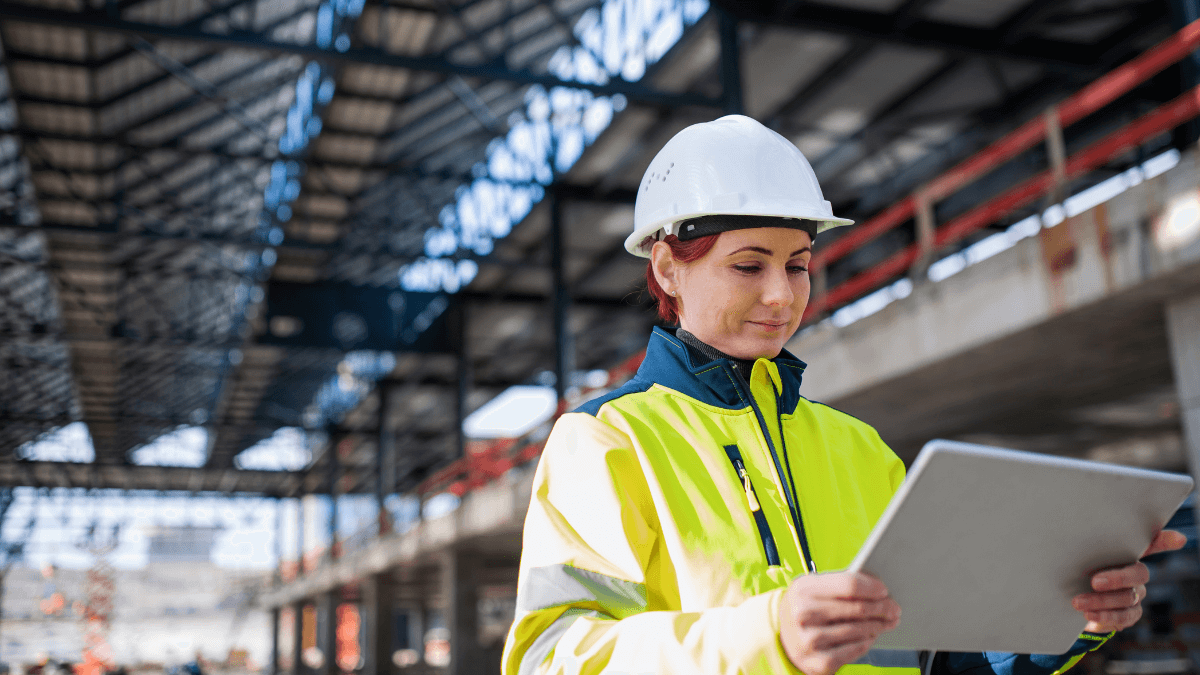 Every company that owns inventory and uses it for projects or business dealings needs to keep tabs on its equipment and the state it is in. Those who opt for manual tracking usually fail at this task as it is almost impossible to track so many tools and information...