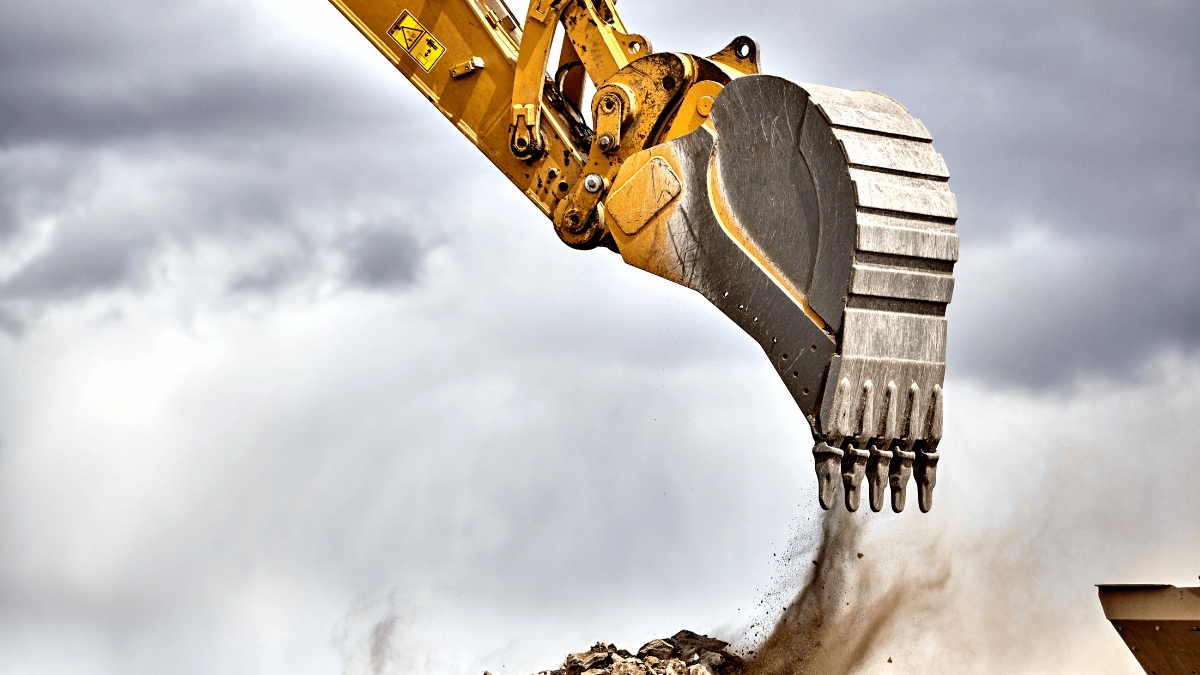 Types of Excavators Used in Construction

Whenever you conduct a construction project, it’s almost guaranteed you’ll need an excavator.

Whether it’s a small backyard renovation or a high-rise skyscraper construction, excavators can be seen on many different construction sites. They vary in size, which makes them suitable to do all kinds of jobs: lifting, digging, demolition, mining, or dredging.

The main components of an excavator are movable tracks or wheels, a cab, a bucket, and an arm. These components are purposefully built to handle tasks that require a high level of power and strength.

So, bigger units often have a greater lift capacity. But even smaller machines are powerful enough to handle demanding tasks such as digging and drilling.

If you’re looking for a specific type of excavator for your project, then you’re in the right place! We’re going to cover the main types so you can compare them and find what you need.

This type of excavator is the most common, and it’s often called a standard excavator. This is what most people will point out when you ask them what an excavator is.

Crawler excavators are heavy-duty machines that consist of a tracked chassis, a cab with controls, a counterweight, and hoe (with a stick, boom, and bucket).

They typically have a bucket, but they can fit different types of attachments, depending on the job they need to do.

Here’s a brief list of what crawler excavators are used for:

Even though crawler extractors are slower, they are perfectly balanced and stable because they use hydraulic power and rotating tracks. They can slide down and scale steep areas with ease.

So, if you have projects on hilly or uneven terrain, using a crawler excavator is your best choice.

The wheeled excavator is a modified version of a crawler excavator.

So, instead of using tracks to move around, it has wheels. Because of this, wheeled excavators are easier to maneuver, and they can travel on roads, unlike crawler excavators.

This saves companies time and money because employees can drive them from one construction site to another. They don’t have to use a trailer to transport them, so they can finish jobs faster.

The rise in the popularity of wheeled excavators is due to the fact that they can be used for different urban projects. They’re best used on asphalt, and they’re much faster than other large excavators.

Basically, they can do the same work as crawler excavators but on hard and flat surfaces.

Some other advantages include lower cost of operation, an adjustable boom, and added lift capacity. Wheeled excavators cost less in the long run because you don’t have to maintain a complex tracked undercarriage like for crawler excavators.

A wheeled excavator is a perfect choice for any city project that requires a more mobile, reliable, and powerful machine.

They are pieces of heavy-duty equipment that can be divided into two types: standard mobile draglines and on-site draglines. The first type is transported to a construction site where they can be easily reassembled.

On the other hand, on-site draglines are much heavier and, as the name suggests, they must be built on the worksite itself. They’re meant to stay in one place and used there for years to come. So, they’re typically used for mining but also dredging.

How do they work?

The excavator uses a dragline to pull a bucket that removes the material on the surface. The bucket is lowered down and dragged along to scoop up the material. Then the operator lifts the bucket by releasing the drag cable and the soil is moved to the dump location.

Their advantage is that they have a digging depth of 213 feet or more, but they’re useful for specific jobs because of their size. Apart from mining, they’re also used for harbor and road construction, deep excavation, and underwater operations.

So, if you stumble upon any large project that requires a unique dragline system, you’ll likely find a dragline excavator.

When construction companies need to do precise and careful excavation jobs, they use suction excavators.

These types of excavators can remove soil and debris using a suction pipe. The suction pipe has sharp teeth at the edge to break up the material and uses a built-in water jet.

The pipe is only 1 foot wide in diameter but can suck up material up to 200 miles per hour!

Before excavation, the water jet loosens the ground, and then the debris is removed with an air vacuum.

Because of this, they are also known as vacuum excavators. After that, the material is deposited in a container located at the back of a suction excavator.

Because of their precision, suction excavators are highly recommended for fragile digging, debris cleanup, and underground utility operations. Their main benefit is that they lessen the chance of damaging the surrounding area compared to other excavators.

Suction excavators are a must-have on a construction site for anyone who needs a powerful yet precise machine to handle excavation.

This allows the machine better maneuverability, but operating it requires an operator who has undergone intensive training.

How does it work?

The operator approaches the side of a hill and fills the bucket with soil. Then they move the shovel over a dump truck and empty the bucket. Once the operator removes enough material, the hydraulic shovel can start digging again.

A typical hydraulic shovel has tracks, allowing faster project completion since it can handle greater work capacities. So, besides mining and heavy digging, they’re also suitable for lifting and hauling large quantities of materials.

Its powerful engine and large bucket capacity make the hydraulic shovel ideal for most intense and large jobs.

Another most common excavator is a skid steer.

It’s a smaller machine with two lifting arms, a bucket facing away from the driver, and a caged cab. Because of its size, it’s highly versatile, and it can be used for a range of construction jobs.

The name comes from the specific steering function they use. The wheels are fixed and cannot turn, but each side of the vehicle can be operated separately.

This means that, in order to move the machine, the operator has to increase the speed of the wheels on one side, which causes the wheels to drag (skid) on the ground as the entire machine rotates in the opposite direction.

Due to its small size, it’s an incredibly efficient machine for jobs conducted in a limited work area. They can move in narrow spaces and lift up to 2 700 lbs. As a bonus, they’re also multi-purpose!

Aside from the bucket, they can have different attachments which allow them to take on a myriad of jobs. Here’s a brief list of how you can use a skid steer excavator:

These small machines can keep any project moving without problems.

Another modification on the standard crawler excavator is the long-reach excavator.

As the name suggests, those excavators have an extended boom that can reach over 100 feet. So, they’re useful for jobs that require precision in hard-to-reach areas.

This also enables the machines to operate from a safe distance when they’re doing demolition, cutting, or perform jobs over water.

Their only downside is they’re not usable in tight spaces due to their size. But for any construction zones where the operator can’t get too close, they’re perfectly suitable to handle the job.

Mini excavators are versatile machines that can take on any small-scale job.

However, to classify an excavator as a mini excavator, the machine must weigh less than 5 tonnes, though that’s not a strict rule.

Some manufacturers label them as compact excavators because they’re a smaller, and therefore more compact, version of a crawler excavator. But don’t be fooled by their size because they can lift anything from 0.7 to 8.5 tonnes in weight.

Their lifting power and small size make them ideal for jobs in narrow sites and on delicate terrains. They can bring the power you need for exceptionally challenging tasks without damaging the area you’re working in.

But there are other benefits to mini excavators, like easy transportation, a longer lifespan, and cheaper operation. They’re easily transported on trucks or trailers, and they use less fuel than larger excavators.

However, because they’re small and light, they’re not suitable for jobs that require more dig depth and a greater lift capacity. Nevertheless, for any less intensive projects, a mini excavator can provide the necessary labor.

Excavators come in all shapes and sizes, which makes them beneficial for different construction projects. So, whether you need a mini excavator for installing pools or a dragline excavator for harbor construction, you’ll find the perfect machine for the job.

Apart from being highly useful, excavators are also extremely valuable. So to keep track of your heavy equipment, you need a sensible tracking system. GoCodes can help.

Consider our solution for an effective asset management system that will allow you peace of mind as you tackle intensive projects with the help of excavators. 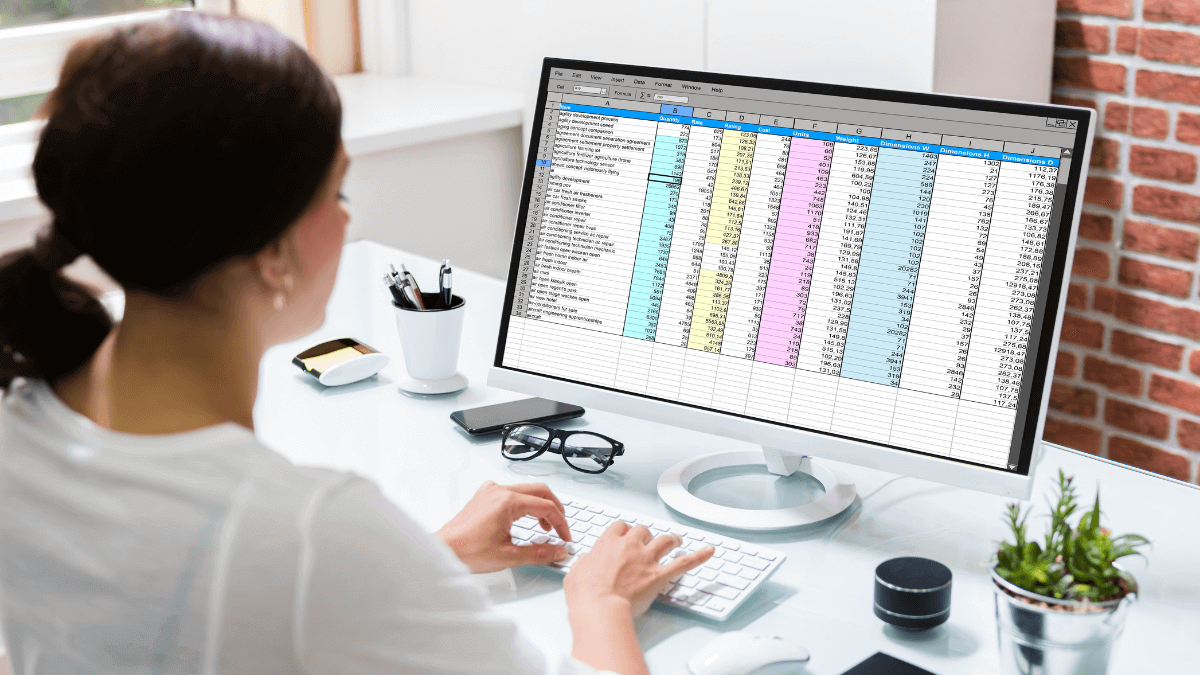 Reasons Not to Use Excel for Asset Management

Asset management is crucial for any company that deals with many pieces of equipment and wants to stay on top of them all. If your company still relies on Excel to do all the necessary reporting, as well as track assets and maintenance, this article will make you...

Get Tough on Asset Management! – Rugged Solutions for Apple iPad and Android Tablets

RUGGED APPLE iPad OPTIONSAre you looking for a powerful, flexible, secure and affordable asset management solution which you can use in a heavy-duty industrial setting like a warehouse, construction site or industrial plant? If so, you may have considered proprietary...