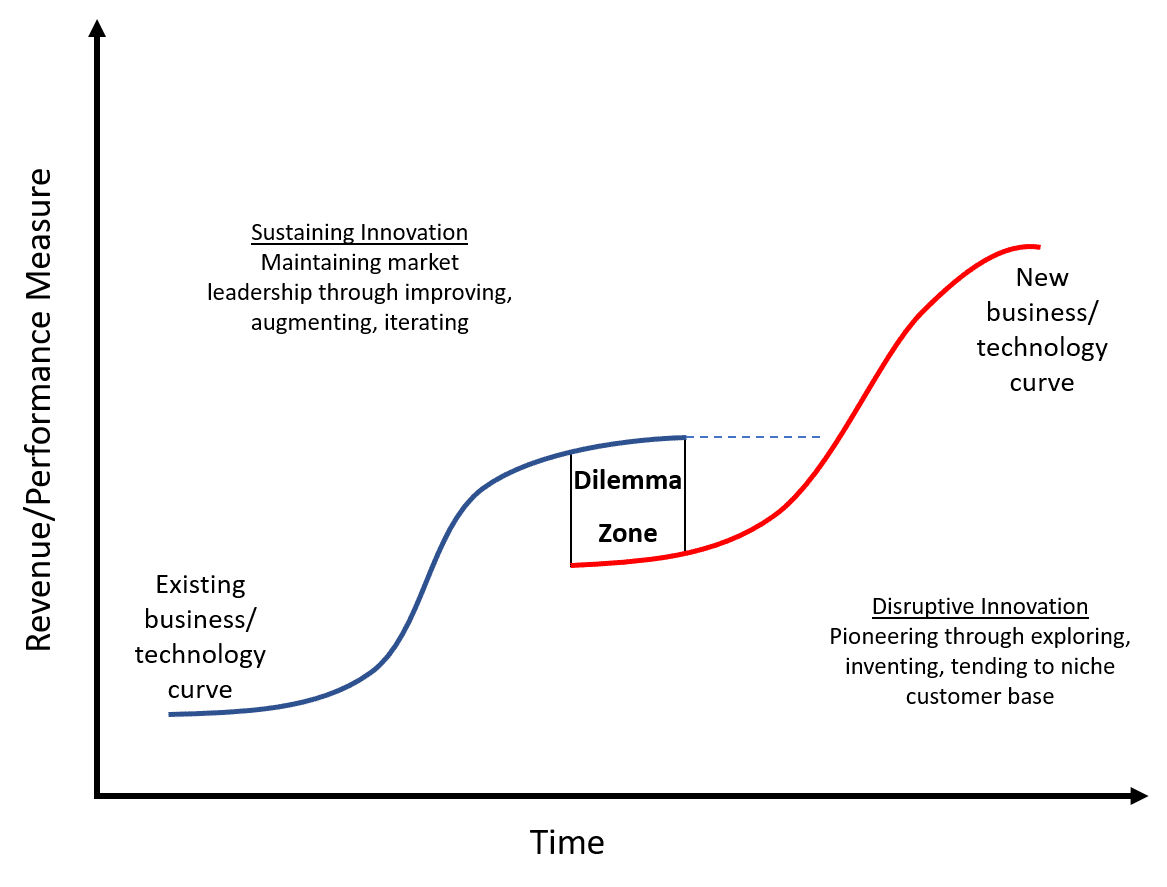 Business Book of the Month – The Innovator’s Dilemma

Business Book of the Month – The Innovator’s Dilemma by Clayton M. Christensen

The Innovator’s Dilemma by Clayton M. Christensen is considered to be one of the best books on technological innovation and management. Christensen is a celebrated author and innovation expert who has been often cited by the likes of Malcolm Gladwell and Steve Jobs.

In this particular book, he discusses how even the best organizations can lose their place in the market, despite taking all the right steps. The Innovator’s Dilemma has been called a revolutionary piece of work that helps organizations avoid this exact fate.

The book is described as being provocative, cogent, and sharp. In other words, something that every intelligent manager and entrepreneur should add to his/her reading list.

Christensen, who also authored “How Will You Measure Your Life,” an award-winning article published by the Harvard Business Review, gives the many reasons for why some organizations simply miss out on new forms of innovation.

According to the author, organizations will inevitably end up being pushed out of the market, irrespective of which industry they function within or how established and successful they are. The only solution to overcome this fate is for managers to become aware of the need to eliminate certain traditional business practices.

Christensen drives his point across using actual case studies and examples of organizations dealing with this very scenario. The Innovator’s Dilemma provides a framework that organizations can refer to when aiming to capitalize on the phenomenon of disruption.

In order to understand the book in its right context, we must first define what disruption is. Fortunately, Christensen offers a very good explanation. The author states that most new technologies offer improved product performance. He calls them sustaining technologies.

Now, sustaining technologies can be radical or discontinuous by nature, while there are some that are incremental. But all these sustaining technologies have one thing in common – they improve the level of performance currently provided by an established product. When we say performance, we are referring to its dimensions as being defined and valued by mainstream customers, traditionally.

A vast majority of the technological advancements within an industry are sustaining. One of the most critical observations made in the book is that even the most unique and complex sustaining technologies rarely lead to the failure of a leading organization.

However, there are times when disruptive technologies show up on the scene. These are technologies that cause a drop in the performance levels of the product, at least in the short term. Interestingly enough, in the various case studies and examples analyzed in the book, it was found that the disruptive technology was what caused an organization’s failure.

A closer look at the two types of technologies

So, we have these two kinds of technologies – sustaining and disruptive. We now know that the former helps improve product performance. In other words, this is the kind of technology that organizations love because it helps make their existing products even better. More importantly, these technologies offer challenges that are easily surmountable.

Typically, disruptive technologies are simpler, cheaper, smaller, and much more affordable to use. They occur very rarely, but when they do show up, they can wreak havoc for the organization that’s only been prepped for sustaining technologies.

So, why do disruptive technologies cause such problems?

Well, it’s because they do not meet the demands of even the high-end markets, at least in the initial stages. So, this forces organizations to wait and see how things turn out. In other words, businesses need to be sure that the latest bit of innovation is profitable enough before they can engage with it.

Large businesses do have certain barriers that they have to deal with. These barriers stand between them and innovation, preventing them from investing in technologies that are disruptive. Also, large businesses tend to be industry leaders that have, for the longest time, set the rules governing how a certain technology should be approached.

They also have the baggage from the sustaining technology, such as training and equipment that they need to sort out before opting for something completely new. There is also the problem of an established customer base that may not be happy with the introduction of new technologies. In fact, customers of such businesses tend to be pretty rigid, often demanding that no major changes be made to the current product, except for a few minor improvements. So, yes, even customers can end up getting in the way of innovation.

Lastly, these companies also make decisions in line with their position in the market. A company that isn’t exactly dominating the market will think twice about investing in new and disruptive tech. Similarly, a well-established business will prefer to go the tried and tested, often fearing anything that’s new. In other words, playing safe can also hinder the quick adoption of new, disruptive technologies.

So, how can innovators overcome this dilemma? Is there any hope or way out for organizations that have failed to make the most of a new opportunity? Well, Christensen offers some solutions. According to him, it all depends on a business’ ability to identify, develop, and market emerging disruptive technologies before they put the sustaining technology out of business.

But, as stated earlier, the innovator’s value networks and organizational structures will get in the way. So, the process is bound to be a long and arduous one. Then, there’s the challenge of identifying such technologies.

According to Christensen, identifying disruptive technologies can be a major challenge because one cannot analyze a market that does not exist. In other words, it is impossible for a business to predict the probability of success for emerging technologies.

This means that managers need to adopt discovery-driven planning, where they learn by doing and adjust strategy and planning in real-time, while still holding on to the assumption that new markets cannot be analyzed.

This approach isn’t a perfect one since there is always going to be the risk of failure, which is something that organizations dread. But Christensen advocates that managers should make room for failure while developing their plans. They must also be willing to invest in technology that is potentially disruptive.

In other words, the author is saying that the organization must be more than ready to take on failure and that if failure does take place, it should learn from it and be ready with a new plan for the next big opportunity.

Even when they have accurately identified such technologies, businesses must overcome the bureaucracy and hierarchy that can get in the way of following creative ideas. Christensen advises the creation of experimental groups with more freedom.

According to the author’s own observation, most of the instances involving major organizations successfully adopting a disruptive technology were those in which the managers provided a certain level of autonomy towards creating a new and independent business focused on the disruptive technology.

The autonomy aided such organizations in making free choices regarding the kind of customers they catered to, the way they would run the business, and the amount of profit they needed to make.

Also, organizations must work on developing the new technology to compete with firms that are already ahead, while still keeping an eye on the primary business. Then, there is a need to identify the right market to target, which is another major challenge all by itself. After all, markets are highly unpredictable. To put it simply, there is a range of variables that need to be factored in when overcoming the innovator’s dilemma.

So, to conclude, the innovator’s dilemma is that organizations rarely find the incentive to enter new markets or adopt a disruptive technology. Managers in every organization, irrespective of the industry their organization functions within or the kind of products it makes, eventually have to face such a dilemma.

Should they make a product that generates profit or should they risk reduced profits and cater to customers that consume their profit margins?

This is a tough challenge, but one that can be overcome with a practical application of the solution provided by the author. The longevity of a business today is not the same as it was a few decades ago. Managers need to make sure that their organization is up to date on the latest tech if the goal is to stay relevant. 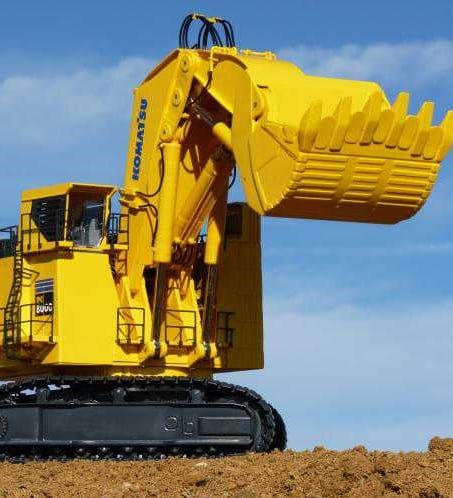 A business spends a substantial amount of money acquiring assets. To get the most out of these assets, asset managers need to come up with a comprehensive asset management plan that does not leave any room for ambiguities. Earlier, managers used to rely heavily on... 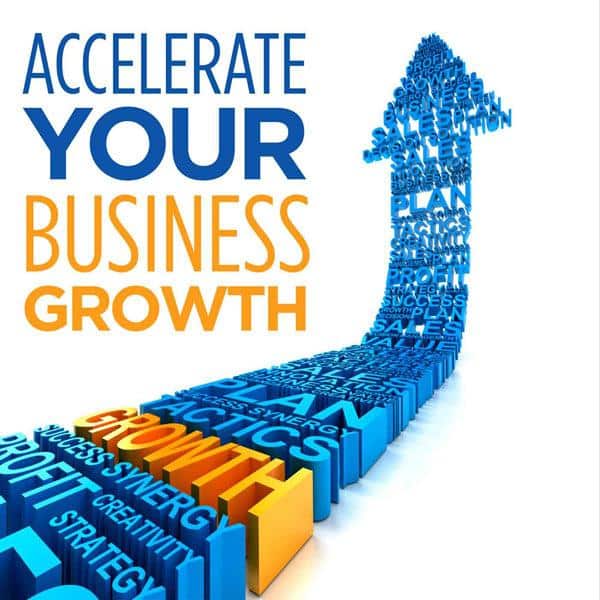 The Best Marketing Hacks for Business Growth in 2017

The growth of your company relies quite a bit on two very important things – technology and marketing. Oftentimes, the two go hand in hand. Here, you can learn about some of the best marketing hacks to help you grow your business through 2017 and beyond.#1...