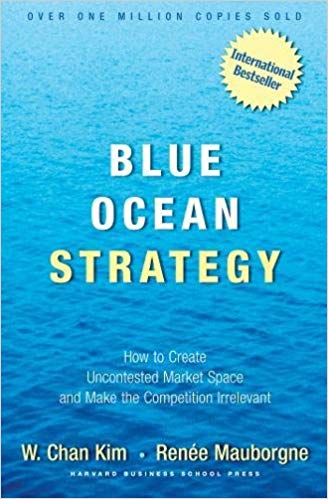 Competition is an inevitable component of business strategy. Traditionally companies have engaged in a neck-to-neck race in a bid to attain profitable and sustainable growth. They strive for differentiation, battle to dominate market share and fight to retain competitive advantage.

While this has been the norm, in today’s overcrowded markets, such head-on competition results in a “red ocean” where rivals fight for an already disappearing profit pool. Renée Mauborgne and W. Chan Kim in their book ‘Blue Ocean Strategy: How to Create Uncontested Market Space and Make the Competition Irrelevant’ challenge the traditional concepts of competitive market strategy. The core message the authors put forth is that competing within these red oceans is not likely to bring about a profitable growth for companies.

Instead, companies in the future can only thrive by creating what the authors call “blue oceans” which refer to market spaces that are uncontested. Also termed value innovation, the blue oceans can help the companies take powerful leaps ahead of competitors, by creating new demand and rendering so-called rivals obsolete.

Authors Mauborgne and Kim have put forth their argument for creation of blue oceans based on extensive studies over a period of hundred years where 150 strategies were analyzed across thirty industries.

In this game-changer of a book, Kim and Mauborgne highlight an analytical framework that has been proven and the required tools to create and capture blue oceans. Blue Ocean Strategy describes a systematic approach to render competition irrelevant with the help of six principles.

These six principles are evidenced from a study of extensive strategic moves that have been made by various industries successfully. With the use of these six principles, every company can successfully reconstruct boundaries of markets, focus on the macro picture, extend beyond the existing demand, perfect the strategic sequence, overcome internal hurdles, and embed execution within strategy.

The book which has been touted as a “must read” for business students was published in the United States by Harvard Business School Publishing Corporation in 2005. Authors Renée Mauborgne and W. Chan Kim, apart from being Professors at the Blue Ocean Strategy Institute at INSEAD School of business in France are also co-founders of the “Value Innovation Institute.” The authors were the first to coin the terms “red ocean” and “blue ocean” with reference to the market universe.

Red oceans refer to the industries in existence in today’s context in the well-known market space. In the red oceans, the rules of the game of competition are known and the boundaries are accepted while being well-defined. Companies strive to outperform by grabbing higher share of market demand. As more and more companies get into the fray, the overcrowded space leads to reduced profits and growth. This results in “bloody” or cutthroat competition which is what is described by the term “red oceans.”

Blue oceans on the other hand refer to industries that do not exist in the current time. The market space is not known and is untouched by competition. Here, instead of fighting for market share, demand has to be created where none exists. There is a huge window of opportunity for growth and profit which can be steep and rapid.

To quote from the book, “Value innovation is based on the view that market boundaries and industry structure are not ‘given’ and can be reconstructed by the actions and beliefs of industry players.”

To come up with the six principles, the authors have scrutinized company strategies and experiences across wide ranging industries such as watches, cement, wine, computers, coffee makers, automobiles, retailers, airliners, textiles and the circus. The authors contend that when value innovation is aligned with price, utility and cost positions, it can render competition irrelevant.

The book is categorized into three parts, with the first chapter discussing value innovation and the blue ocean strategy concept along with the analytical framework and tools. The second part deals with the four principles of:

The third part of the book is about “executing blue ocean strategy” where the following are discussed in detail:

The authors delve into numerous case studies across industries to illustrate their point. One of the notable example is Cirque du Soleil’s success story. Breaking age-old norms of traditional circus, the Canadian circus company reinvented circus with wild costumes and astronomically priced tickets, while showcasing acts that had never been seen in traditional circuses before. This innovation and creation of the blue ocean helped the circus company make billions of dollars of profit.

One of the key tools discussed under the analytical tools section relate to the “Four Actions Framework.” The authors describe a framework that helps organizations break the traditional trade-off between low cost and differentiation while enabling them to establish a new value curve.

Reduce: Which of the factors should be reduced below the existing industry standard? This question helps understand if services or products have been over-designed for no gain.

Eliminate: Which of the factors taken for granted in the industry need to be eliminated? This helps get rid of factors that no longer have any value for the buyers.

Create: What are the factors that need to be created hitherto never offered by the industry? This question helps create entirely new demands and make strategic price shifts.

Raise: Which of the factors should be elevated above the current industry standard? Asking this question can help companies understand what compromises the industry is forcing its customers to make.

Competition is rendered irrelevant because the rules of the competition game are not yet set. The blue ocean strategy brings the apt analogy that describes deeper and wider potential that exists in the market scenario, much like the vast expanse of an ocean that has hidden depths yet unexplored.

How to Use QR Codes for Online Marketing Campaigns

QR codes are one of the most popularly used digital technologies that find widespread applications in all kinds of industrial sectors. QR codes are printable codes that can be printed on almost all kinds of surfaces. QR codes can store data that the business can use... 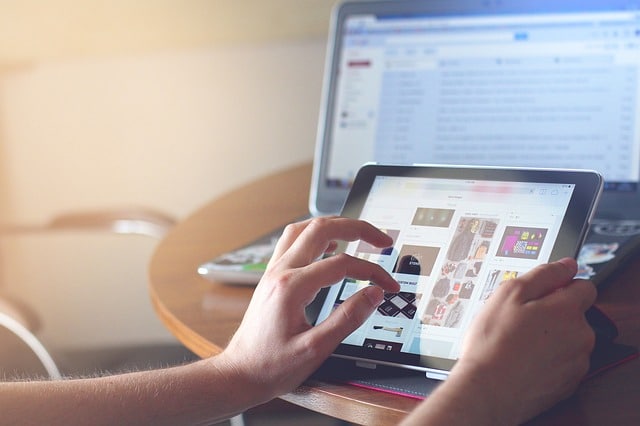 Modern business environment drives businesses to focus on innovation to stay competitive. Technology is a necessary investment. Even established corporations will struggle if their tools and methods become obsolete.  This is why implementing more efficient...